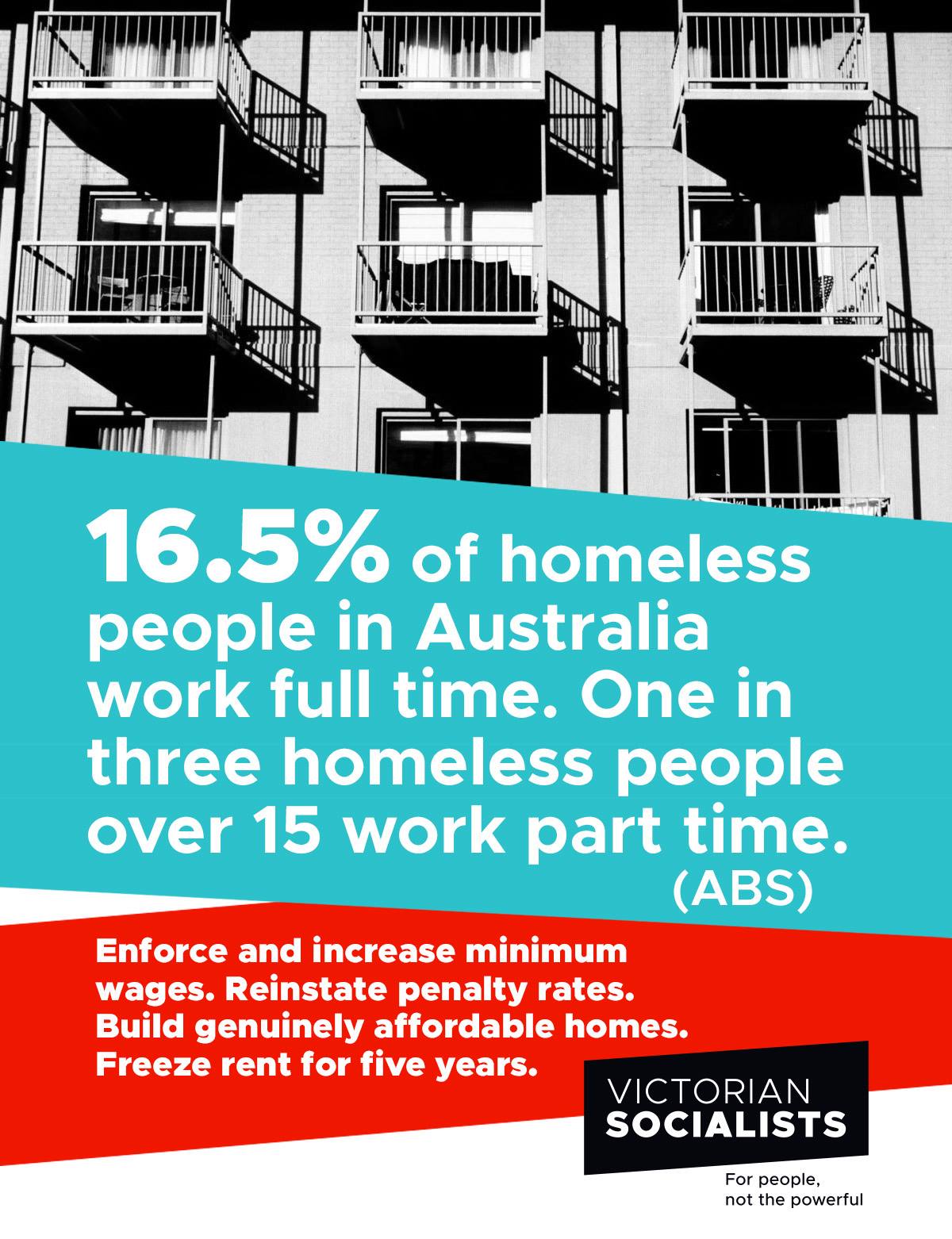 A comment that is often directed at homeless people is “Go and get a job”.

The latest Australian Bureau of Statistics figures that were released on 24 July show that 16.5% of homeless people are working full-time. That means that 28,600 homeless people in Australia work full time.

The figures also show that more than one in three homeless people aged over 15 years work part-time. That’s 61,500 people in some kind of work who don’t earn enough to put a roof over their head.

That means that almost half of the homeless population – 45.6% is either in work or looking for work with the unemployment rate for homeless people being 22.5%.

The meaning of all of this is that housing is too expensive, and it is impossible to live on some wages, particularly part-time wages or Centrelink payments. These figures put the cuts to penalty rates into perspective. These cuts will directly lead to homelessness.

The Victorian Socialists call for:

· 10,000 new public housing dwellings to be built every year

· Mandate 20% of all new developments to provide public housing

· Rent increases to be capped at CPI

· Abolish anti-union laws that make it difficult for workers to organise for wage increases.