'Public renewal program' nothing but a giveaway to private property developers

The Andrews government’s ‘public housing renewal’ programme is a giveaway to private developers. ‘Affordable housing’ deals are being flouted and the priorities of public housing tenants on inner-city estates count for nothing. Photo credit: Herald Sun at Ascot Vale Public Housing Estate. 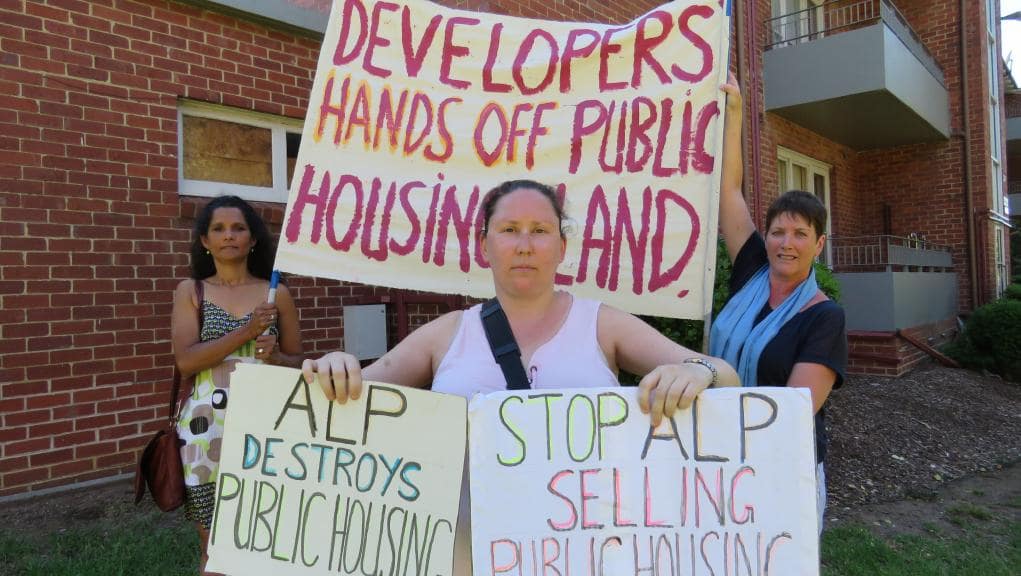 This week we’ve seen confirmation of what has been known for a long time: the Andrews government’s ‘public housing renewal’ programme is a giveaway to private developers. ‘Affordable housing’ deals are being flouted and the priorities of public housing tenants on inner-city estates count for nothing.

Meanwhile, there are 82,000 Victorians waiting for public housing, including 23,000 children

The Andrews government made arrangements last year to demolish eight estates of ‘walk-up’ three and four-storey flats, many now dilapidated.

These flats should have been replaced as full public housing, using superprofits taxes on developers, and public bond issues.

Instead, public land has been sold off to the private market and developers, who had been required to make a guarantee to build affordable housing, have been allowed to make up the rules as they go along.

The Victorian Legislative Council (the Upper House)’s report on public housing, released this week, includes a Melbourne University assessment of the 2012 pilot programme of sell-off and ‘affordable’ build in Kensington.

It found that developers Becton made $45 million profit from the deal – much of it simply appreciation of land values – and that 256 public housing units were lost from the estate.

This will be repeated in the Andrews government’s programme; already hundreds of tenants are complaining about conflicting information as to whether they will, or can, be rehoused on estates where many have lived for decades.

The public sell-off is right-wing Labor neoliberal politics at its worst. It’s market non-solutions which make things worse, when public investment would address the public housing crisis. The only thing it wouldn’t do is allow Andrews Labor to give away inner-city land to developers as an election comes round.