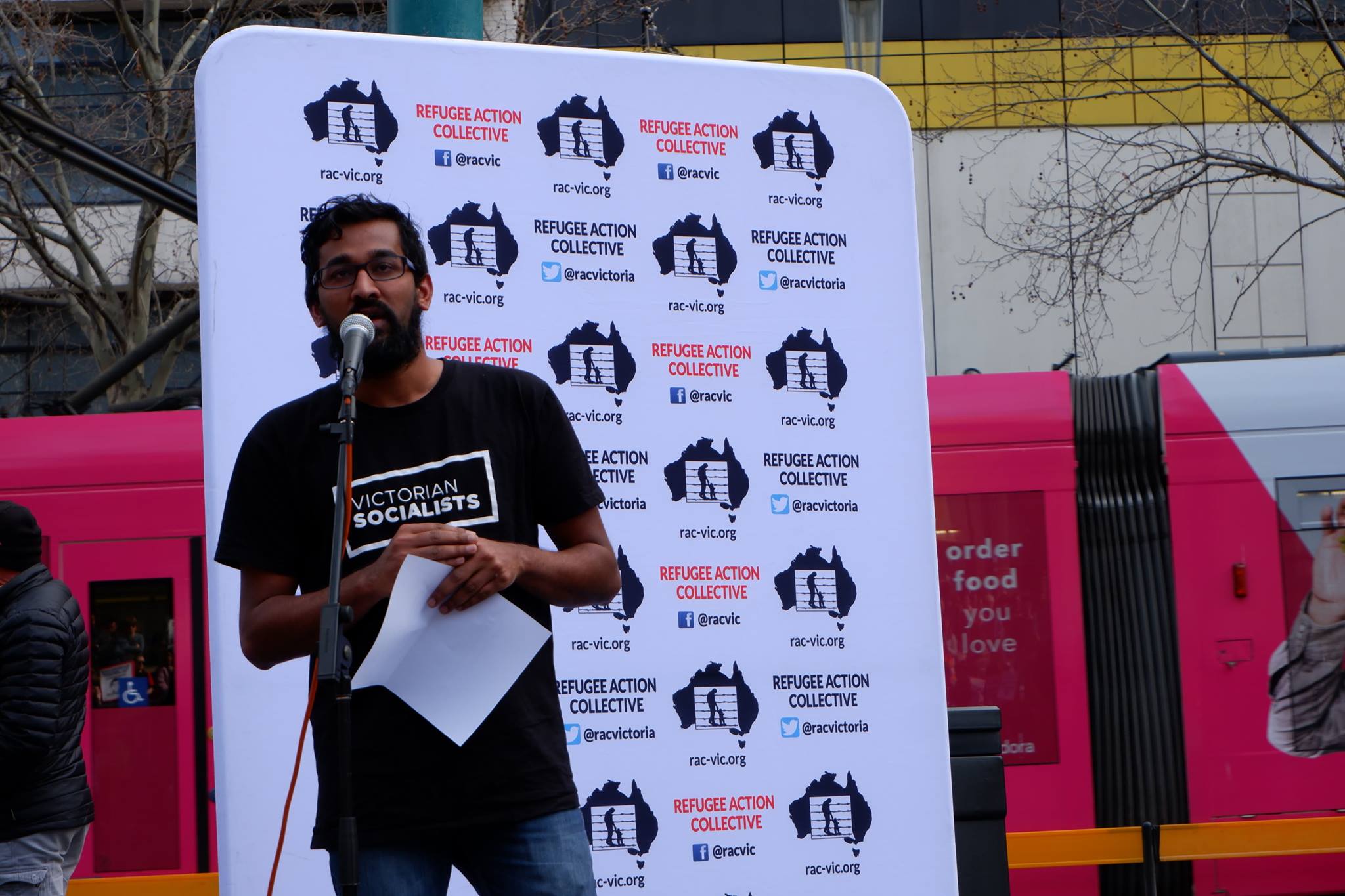 It's good to see so many photos of Reza Barati here today.

We need to remind this country that Scott Morrison is directly responsible for the murder of Reza Barati.

A murderer should not be our prime minister.

The election of Scott Morrison has created fear among many people again, including people in my community.

While he was the shadow immigration minister he frequently visited Sri Lanka and defended the brutal Rajapaksa regime on international stage.

When he became Immigration minister some of the policy measures included turning boats back to Sri Lanka, regardless of the refugee status of passengers.

In April 2014, he welcomed Gotabaya Rajapaksa to Canberra for the first time. Rajapaksa, as Defence Secretary, oversaw the slaughter of over 70,000 Tamils in the final days of the war in 2009. Our new prime minister was happy to rub shoulders with a mass murderer under investigation by the UN for war crimes.

I witnessed, first hand, the lies this man told when Leo Seemanpillai self-immolated and died in Geelong on 1 June 2014. I was by Leo’s bedside when he took the last breath. At that time, Morrison lied about contacting Leo’s family and offering support. He stooped to a new low by refusing Leo’s parents a visa to come and bury their son.

Again in July 2014, Morrison ordered the detaining of Tamil refugees at sea for over a month and the attempt to deliver 157 Tamils back into the hands of their oppressor.

Together with Julie Bishop and Tony Abbott, Morrison and his department did everything they could do to hide the torture and sexual violence inflicted upon Tamil people and helped Sri Lankan Government to whitewash its genocidal crimes against Tamils.

Our prime minister is a criminal.

Our prime minister should be sent to the Hague for crimes against humanity.

Some months ago Adam Bandt called Peter Dutton a terrorist. Scott Morrison is no different.

We fear this man will deport more and more Tamils back to danger.

Let us fight hard so that this man is kicked out of power.