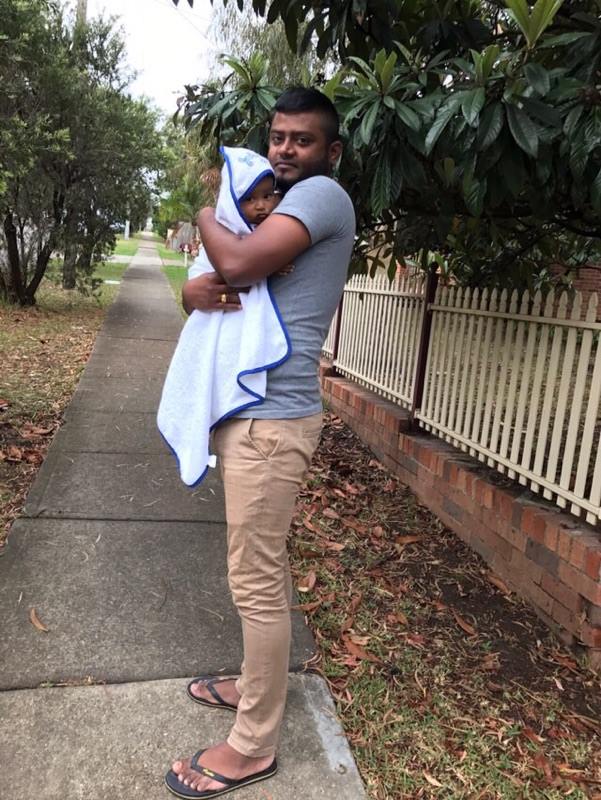 Trump's racist immigration policy, involving the separation of refugee and migrant families and the caging of children, rightfully enraged millions of people across the globe. It was inspired in part by how Australia treats asylum seekers.

Here's yet another example of Australia's unrelenting cruelty: a Tamil man is to be separated from his wife and 10 month baby and deported on Monday back to Sri Lanka, a state that has tortured him.

A 30-year-old Tamil asylum seeker, Thileepan, faces permanent separation from his wife and 10-month-old daughter after receiving a deportation notice on Friday.

He could be removed as soon as Monday.

Thileepan arrived in Australia in June 2012, after fleeing Sri Lanka. A group of men had taken him from his house to an office of the Sri Lankan security forces. He was blindfolded, hands tied, and interrogated about his knowledge of arms and money stored by the Liberation Tigers of Tamil Eelam, an organisation militarily defeated in 2009, which fought for an independent Tamil homeland.

He was kicked, beaten with a coconut tree branch and had pins jammed into his fingernails. Unable to bear the pain, Thileepan had to falsely confess to being an LTTE member. He was later dumped, still blindfolded, on side of the road.

After returning home, his mother arranged for him to leave the country, selling her land. His father and older brother both died in the war and his remaining sibling is missing.

His future partner arrived in Australia separately, in September 2012. They were married in 2016 in a religious ceremony and had a daughter in September last year.

Yet Thileepan was taken into immigration detention early this year. He has been detained in Villawood IDC centre ever since.

Last week, the delegate of the minister granted Safe Haven Enterprise Visas to Thileepan’s wife and child. But now the family faces separation.

“How much evidence of human rights abuses in Sri Lanka will be enough for the minister to grant people their right to protection? How much trauma is he willing to inflict on Tamil families to make a political point?”

Ben Emmerson, a UN Special Rapporteur, reported in July last year that torture remains “routine and endemic” and that “the Tamil community has borne the brunt of the State’s well-oiled torture apparatus.

“These included beatings with sticks, stress positions, asphyxiation using plastic bags drenched in kerosene, pulling out of fingernails, insertion of needles beneath the fingernails, various forms of water torture, suspension for several hours by the thumbs, and mutilation of the genitals,” a UN statement noted.

The Tamil Refugee Council is calling for:

. Thileepan’s deportation to be stopped
. The release of Thileepan into the community to join his wife and child
. The granting of a protection visa for Thileepan
. An end to Tamil deportations