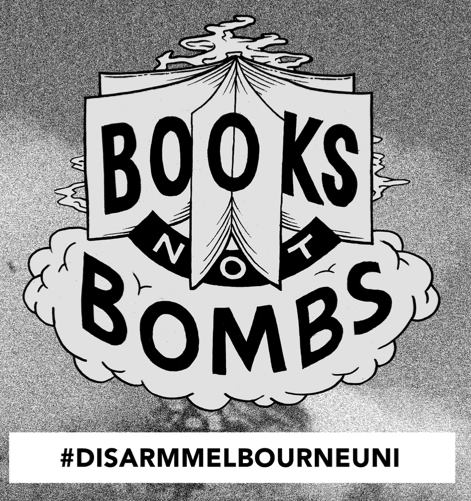 On Thursday Stephen Jolly will be speaking at the campaign launch of Disarm Melbourne Uni Students at the University of Melbourne are protesting the investments and contracts that exist on campus between the Uni and arms manufacturers.

Companies like Lockheed Martin and BAE systems are operating on the campus and undertaking research into hypersonic missile systems, drones and more.

The Victorian state government allows BAE systems, a company that produces drones and weaponry, to operate in Fishermen’s Bend in Melbourne’s west. In the recent state budget $2.9 million was given to the defence industry. We think money should be spent on public services like public transport, schools and hospitals, not on building weapons of war and destruction.