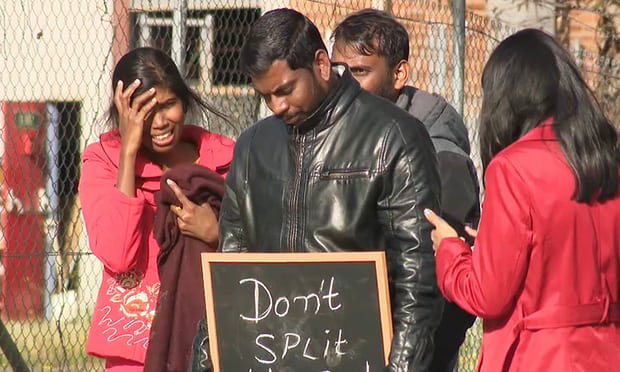 Before coming to Australia to seek asylum, Thileepan Gnaneswaran was kidnapped and tortured by the Sri Lankan government. They murdered his brother and father. His wife Karthika also fled Sri Lanka and is a recognised refugee.

His distraught wife and their 11-month-old baby are now indefinitely and potentially permanently separated from Thileepan. This is the human cost of Australia's cosy relationship with Sri Lanka. From 2009, both governments were complicit in the genocide and war crimes against Tamils, and both are now complicit in the ongoing torture and deaths, the broken families and grief-stricken friends.

We need to support the struggle to end the separation of families and deportations to danger. Bring Thileepan home!