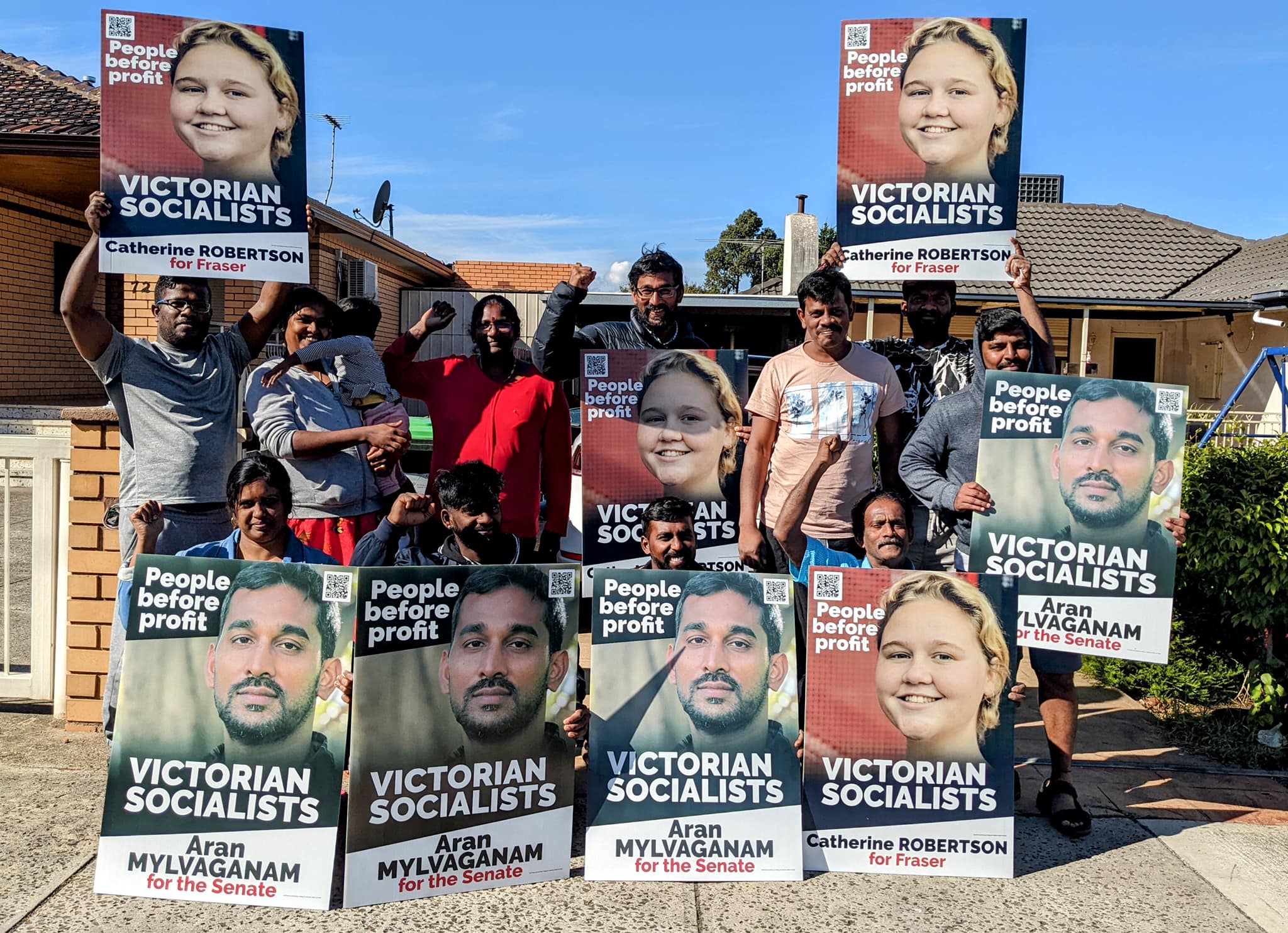 The major parties have long steered clear of refugee communities. For one thing, while refugees living in Australia on temporary protection visas are able to work and make money for Australian bosses (often in highly exploitative conditions), they have no right to vote. And even if they did, of course, they would be very unlikely to vote for parties like the Liberals and Labor who are jointly responsible for constructing and operating Australia's refugee torture regime.

The Victorian Socialists are different. Led by our candidate for Senate Aran Mylvaganam - a former refugee and founder of the Tamil Refugee Council who fled the genocide of the Tamils in the Sri Lanka and was locked in detention when he arrived in Australia as a teenager in the late 1990s (see his story here: https://youtu.be/Q0_KQ4cobSo) - we have been busy over the past few months engaging refugee communities across Victoria, listening to their stories and their views on what's needed to change their lives for the better.

Which is why it has been very encouraging to see so many refugees in Melbourne and beyond sign-up to help Aran's campaign. On election day, we expect that up to 200 of our campaigners - staffing booths across the northern and western suburbs of Melbourne - will be from the Tamil and other refugee communities.

These are people who are ordinarily rendered invisible by a system designed to crush their spirits and force them into silent obedience. On May 21, however, far from being silent and invisible, they will be a force to be reckoned with, and we hope many other people will be inspired to stand alongside them to inform hundreds of thousands of people across Melbourne about Aran, and about our vision for a society in which refugees and all others who are oppressed and exploited by the capitalist system take the power back and work together to build a new society in its place.

If you have time to help on election day, or with staffing pre-poll booths from next Monday, just fill out the online form here and we'll be in touch.