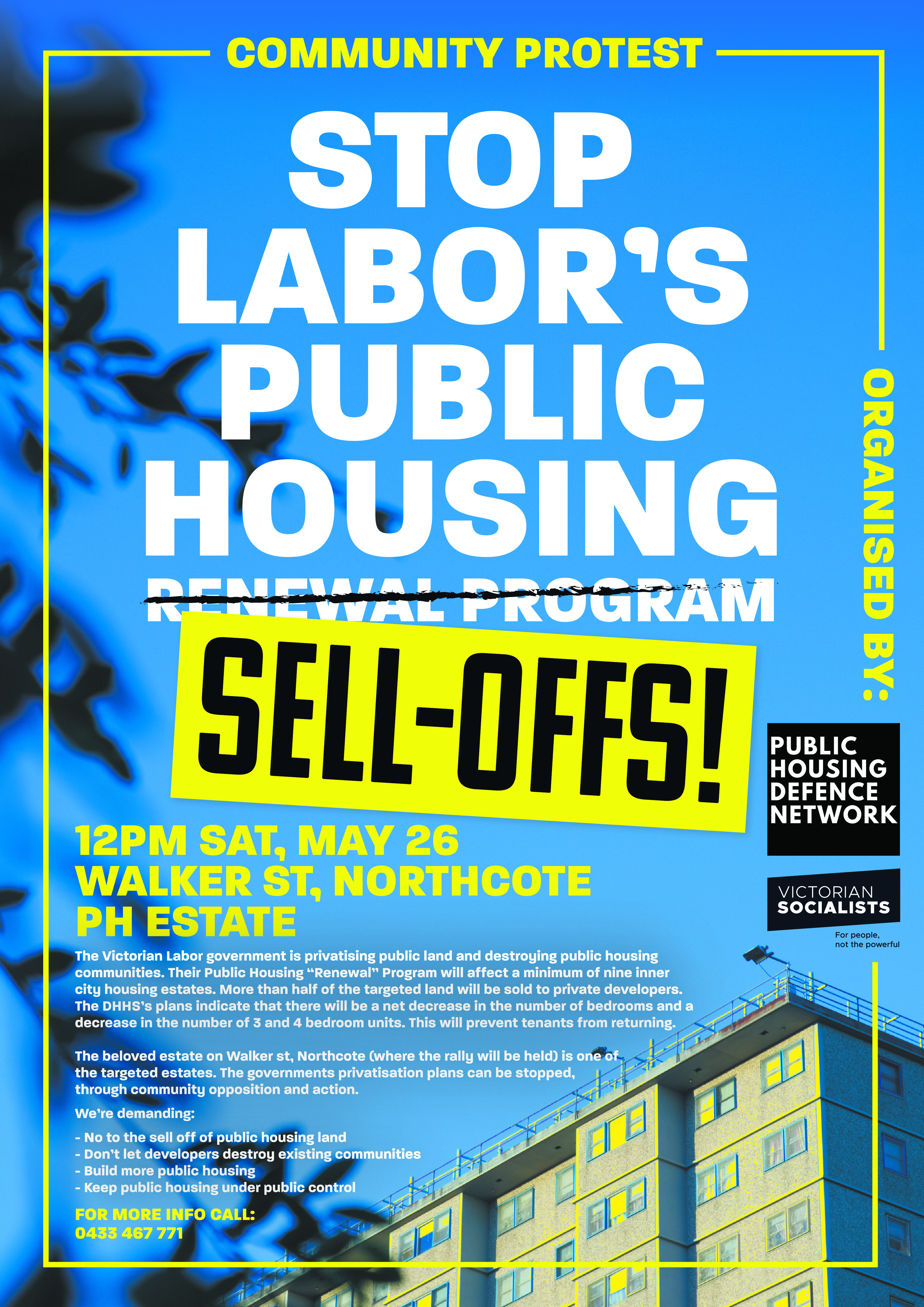 The Victorian Labor government is privatising public land and destroying public housing communities. Their Public Housing “Renewal” Program will affect a minimum of nine inner city housing estates, including the Walker St. Estate in Northcote where the rally will be held.

It wants to give property developers access to public land to build high density private apartment developments. Thousands of new homes will be built on the estates but the vast majority of these will be privately owned.

Public tenants are being forced off their estates right now to clear the way for the developers’ wrecking ball. Once these estates are sold off, this precious pubic land will be lost forever.

Victoria is deep in a housing crisis. Almost 40,000 applicants are languishing on the public housing waiting list. Housing stress is a way of life for students, unemployed workers and low-income families in the private rental market.

Join us at this important community rally at the Northcote Estate (Walker Street):

Co-organised by the Public Housing Defence Network & the Victorian Socialists.