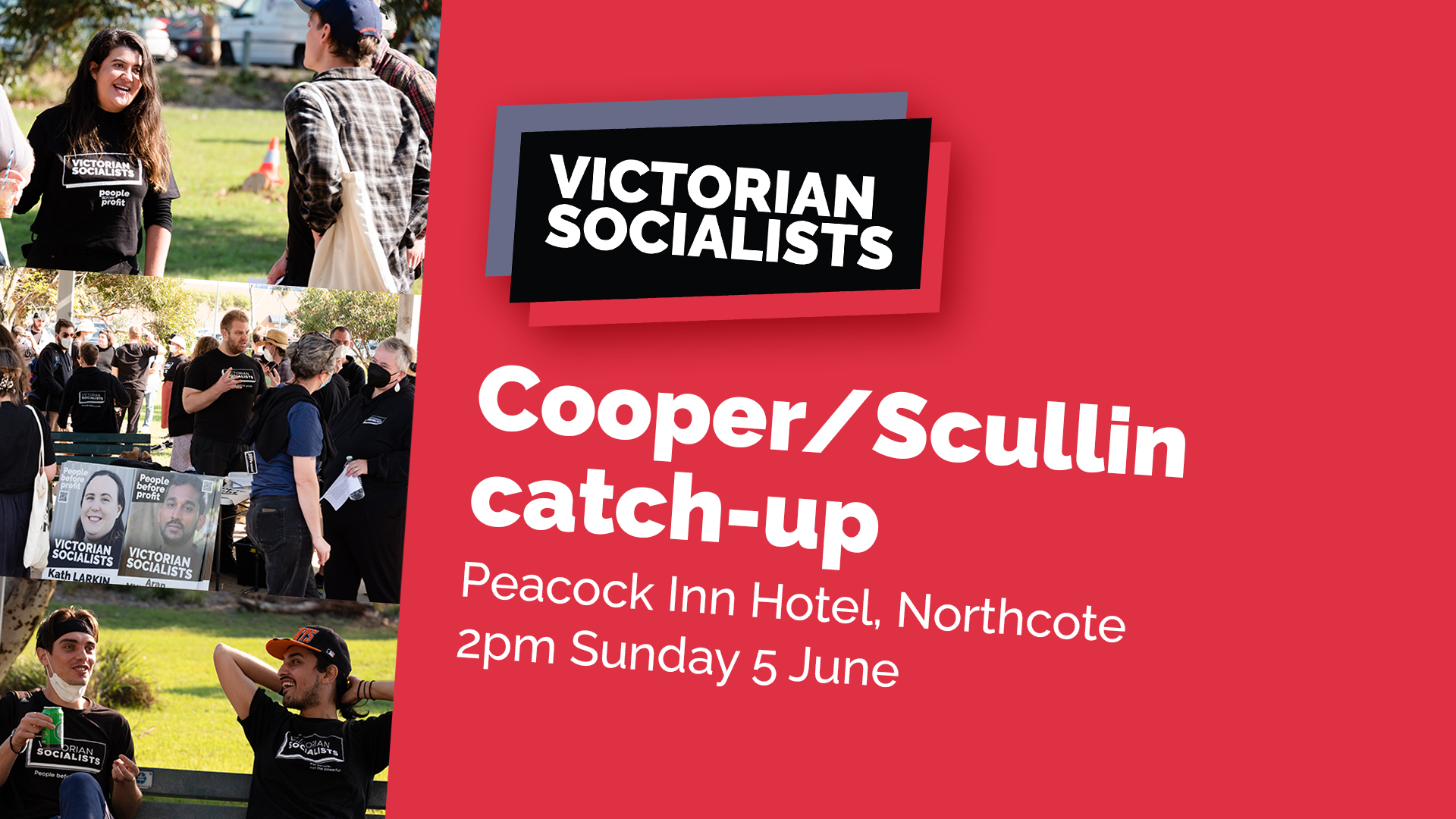 Kath Larkin & Cameron Rowe are inviting all Victorian socialists supporters, members and volunteers from the electorates of Cooper & Scullin to get together over some drinks.

At a time the horrors of capitalism can seem so overwhelming- environmental disaster, a health system in constant crisis, the cost of living soaring out of control, we are rebuilding a socialist current. We’ve shown that the politics of hope and resistance, which for decades has been pushed to the margins of Australian political life, can strike a chord with many thousands of people. And we think that’s something worth celebrating!

Whether you were one of the 700 people who staffed polling booths for us on election day, one of the people who knocked on tens of thousands of doors or stuffed half a million letter boxers, one of the hundreds who displayed a Victorian socialist or one of 2,000+ people who voted for Victorian Socialists we’d love to see you there.

This will be a nice opportunity to unwind a bit, meet other leftist from your community and begin to prepare ourselves for the state election in November. The election for which we have set our most ambitious goal yet - to get a socialist elected to Victoria’s upper house.