The West Gate tunnel brings together everything about public transport, the Andrews government and big business that’s going wrong in this state. 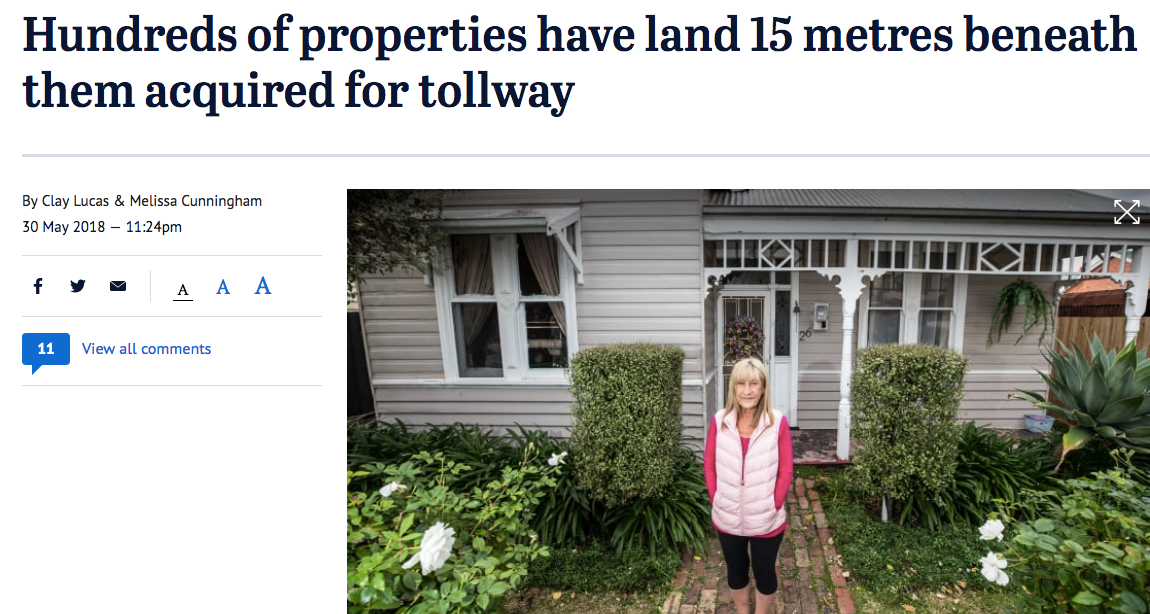 Demand more public transport, not tollways!
-----------
The ground beneath our feet is shaking – quite literally. The Andrews government has moved to compulsorily acquire land underneath 260 small properties in Yarraville, so that Transurban can build its West Gate tunnel, a tollway link to connect the West Gate Freeway to Citylink.

According to a report in The Age on May 31, the tunnel will come as close to the surface as five metres in some areas. For working-class residents who own small houses in the area, no compensation will be offered, and only an ad hoc guarantee that damaged houses will be repaired.

Governments need the power to make compulsory acquisitions, but the West Gate tunnel brings together everything about public transport, the Andrews government and big business that’s going wrong in this state. The laws are changed and enforced so Transurban can build a tollway tunnel; within 12 months its congestion-easing effect will have ended.

Increased public transport would take cars off existing roads, solving the congestion problems and reducing CO2 emissions, and create the ‘ten-minute city’, where public transport is never less than ten minutes walk away.

Ultimately only an economy with 100% public control of major infrastructure can give us the integrated, low-cost, green solutions we need. We need a superprofits tax on private infrastructure providers – the Transurban tax – to cross-fund public transport. That’s a socialist programme for the city, and only the Victorian Socialists are arguing for it!