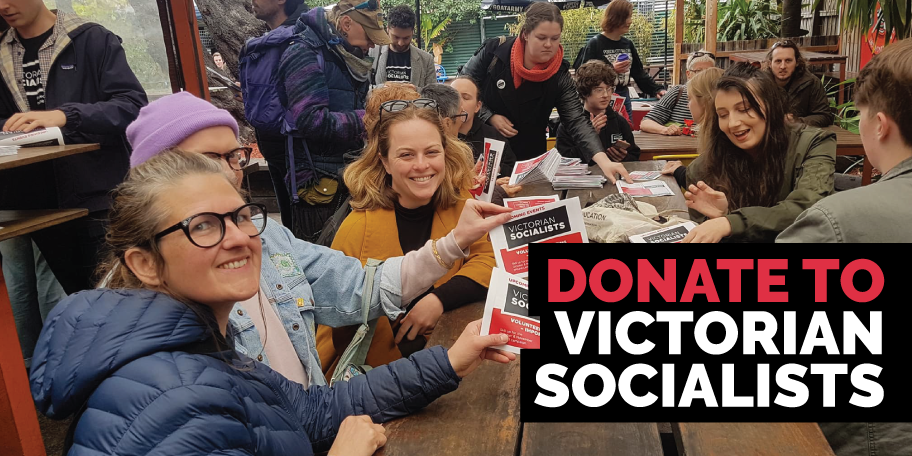 In Australian politics, money talks. The big banks, mining companies and financial firms pour millions directly into the coffers of both major parties every year. Access to ministers and government officials, supposedly the representatives of the people, can be bought in a thousand different ways - everything from the promise of a lucrative job after politics to paying thousands of dollars to attend fundraising dinners where you get to chinwag with the politicians about which union busting bill or corporate tax break you think they should embrace.

But we still need money. We will never get it from the corporate elite. We wouldn’t want it even if they offered. But without substantial funds, we can’t run the kind of campaigns we need if we are going to inject a serious socialist voice into Australian politics.

And that’s why we need to ask our supporters to back us financially in any way they can. We know big donations to the socialist movement will be few and far between. Our supporters aren’t usually the people who can throw 10k at a cause they think is worthy. No one is giving us money because they think we will help them with a property deal, or because we will back some regulation that will give them a windfall to buy a second holiday home.

But we do have one thing on our side. Our supporters might not be rich, but they are fierce fighters for justice. They believe a better world is worth fighting for. And they are prepared to put themselves out, in whatever way they can, to support that fight.

In the last state campaign we raised over $100,000. The vast bulk of donations were small - the bit of money people were able to give after paying their rent or their mortgage and their bills, and the other things that strip away their income. It’s nothing compared to the millions the mining bosses can give Labor and the Libs without batting an eyelid. But when hundreds and thousands of people do it, it adds up. And that money our supporters give makes it possible for our volunteers to letterbox people’s homes and knock on their doors to talk to them about supporting a socialist candidate. It makes it possible to get the socialist message out to tens of thousands of people who wouldn’t otherwise hear it.

We think that the crisis our society is in cries out for a socialist voice. That’s why we are asking you to donate what you can. Every dollar counts.