We need industrial manslaughter laws in Victoria now, Andrews Labor has ‘promised’ them post-election; why the delay? The Victorian Socialists will fight for these laws as a priority. 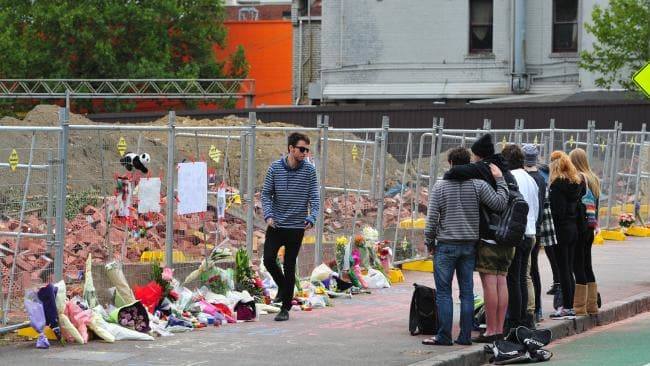 Grocon, the major construction group, has been found responsible for the safety – or the lack of such – of a brick wall at Carlton’s CUB site, that collapsed onto a public footpath, killing three people in 2013.

Victorian coroner Sara Hinchey ruled this week that the onus was on the corporation to ensure the safety of the wall.

But the company has already paid its only penalty for the carelessness which led to the deaths from head injuries of teenagers Bridget and Alexander Jones, and Dr Marie-Faith Fiawoo. The price of their lives? $250,000, a fine for ‘failing to ensure that people were not exposed to risk’.

That’s an accounting error for Grocon, which has revenue of HALF A BILLION dollars a year.

At the same time the CFMEU were slugged with a $1 million fine this year for their boycott of Boral as part of their dispute with anti-union firm Grocon (Boral was Grocon's exclusive concrete supplier) and another $3.5 million for the 2012 CFMEU blockade of Grocon's Emporium site. It's a clear illustration of what matters more in this state - corporate profits not the lives of the public or the rights of workers.

Three pedestrians were killed by a construction firm’s failure; in ten years nearly 250 Victorians have been killed in workplace accidents – a figure that does not include stress related illnesses and suicide from workplace stress and related problems.

We need industrial manslaughter laws in Victoria now, Andrews Labor has ‘promised’ them post-election; why the delay? The Victorian Socialists will fight for these laws as a priority. And we’ll push to make them criminal laws, not civil ones – otherwise they’ll just be another slap on the wrist for the corporations, and construction giants Labor is determined to cosy up to.