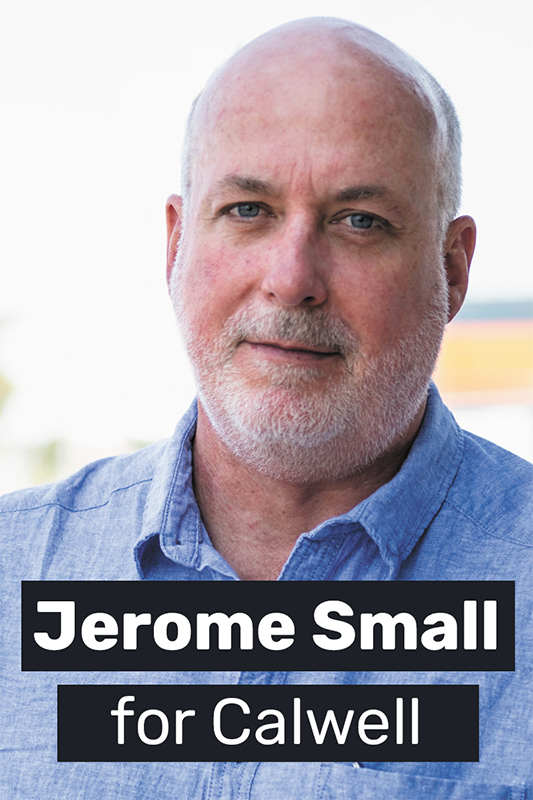 Jerome Small is the Victorian Socialists candidate for Calwell. Jerome has been a construction worker for two decades, and a trade unionist activist for his whole working life. He is a long time anti-war and anti-racism campaigner. In the 1980s he led student walk-outs against the nuclear industry & US bases and in the late 1990s he was a leader of the protest movement against Pauline Hanson.

Jerome stands for policies that put people before profit.

Politicians are out of touch with ordinary people. No wonder, when their salaries start at $207,100 a year.
Politicians should be on a worker’s wage. Jerome Small, along with all Victorian Socialists candidates, has pledged to only take $87,000 a year, the wage of an average public servant (a nurse or a teacher), and to put the rest into community campaigns for better services.

In suburbs such as Dallas and Broadmeadows, unemployment is at crisis levels of 25%. This should be unthinkable in a country as wealthy as Australia. With 15 people who want work for every job vacancy, the government should focus on job creation and publicly funded training, and raise welfare payments above the poverty line, not punish welfare recipients with “robo debt” and other similar schemes.

Instead of fixing the problems facing ordinary people, politicians and the media run scare campaigns about migrants, Muslims and refugees. The horrific racist massacre in Christchurch shows where this racism leads. Victorian Socialists campaign against all forms of racism, including Islamophobia. We’re for welcoming refugees instead of locking them up. We support the struggles of Aboriginal and Torres Strait Islander people. We support a free Palestine and oppose our government’s support of Israeli war crimes. And our activists have always been in the front line of campaigns against fascists and the far right.

Unscrupulous businesses use Craigieburn, Campbellfield and other working class suburbs as dumping grounds for toxic waste, including highly flammable chemicals. Years of deregulation, turning vital services over to for-profit operators, and defunding of enforcement agencies has led to this disaster. It’s time for the government to take control of the waste disposal industry before it poisons more people in Melbourne’s north.