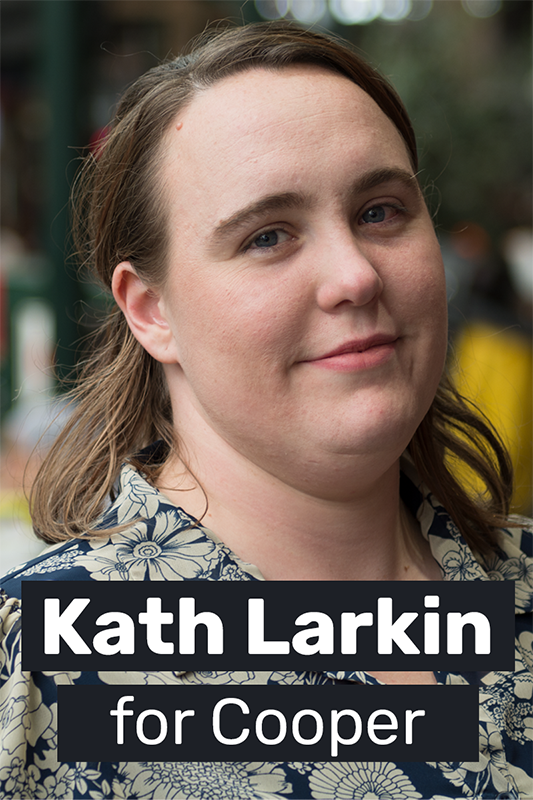 Kath Larkin is the candidate for Cooper. She is a rank and file leader with the Rail, Tram and Bus Union. In 2015 she helped organise the first strike in rail in 18 years and from 2014-2017 she was the RTBU Women's Officer to give women a stronger voice in the industry. Today she is active with Unionists for Refugees. Kath has lived in the Cooper electorate for most of her life. She attended Northcote High and today lives in Preston.

Kath stands for policies that put people before profit.

Politicians are out of touch with ordinary people. No wonder, when their salaries start at $207,100 a year.

Politicians should be on a worker’s wage. Kath Larkin, along with all Victorian Socialists candidates, has pledged to only take $87,000 a year, the wage of an average public servant (a nurse or a teacher), and to put the rest into community campaigns for better services.