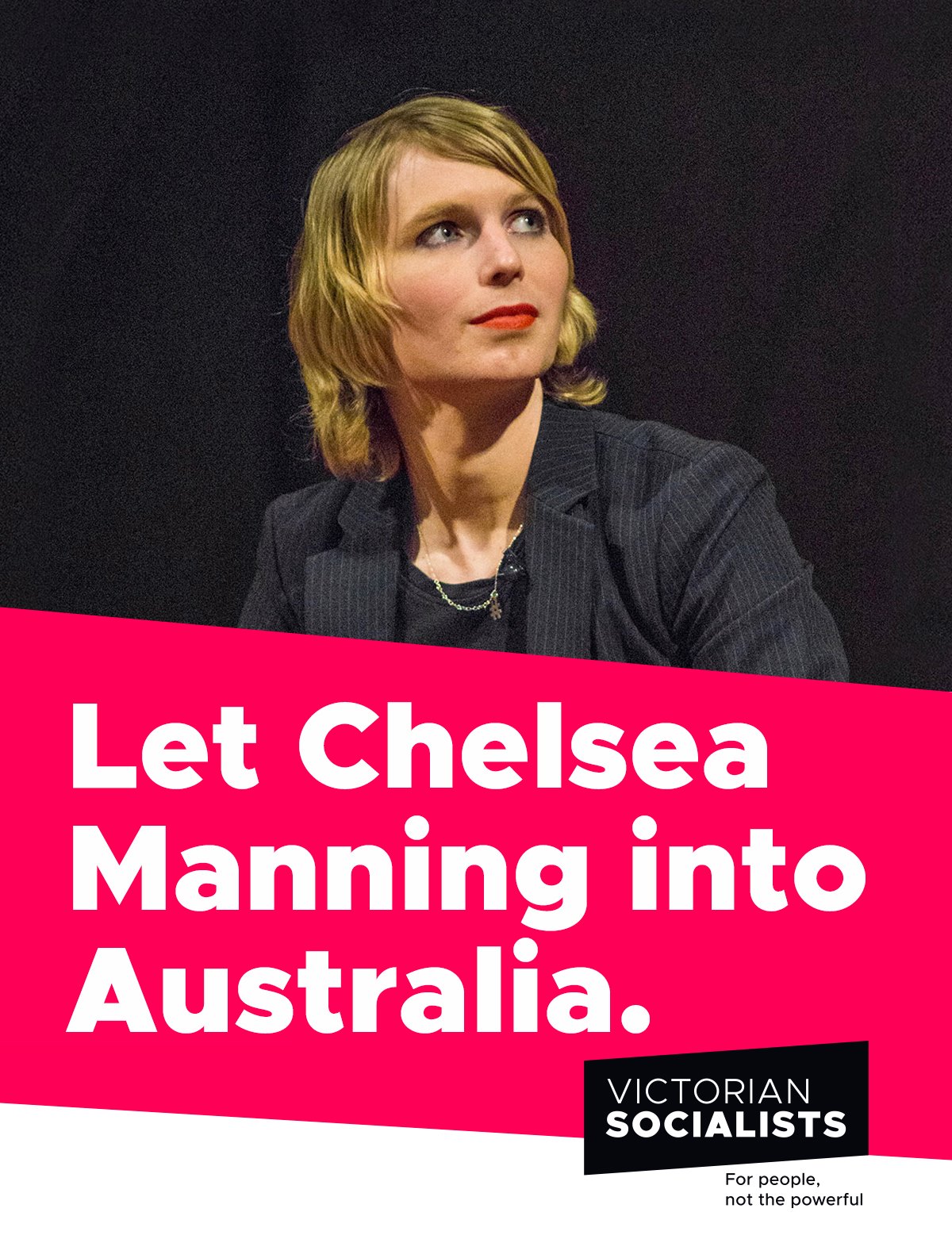 We must oppose this attack on free-speech and demand Chelsea Manning be let into Australia.

Chelsea Manning is a hero for exposing US war crimes. For standing up to empire, she was jailed for years.

She is now a prominent activist around issues of surveillance, data privacy and trans rights.

This week, Manning is meant to be coming to Australia for a speaking tour.

But the Australian government has said they will block her entry by denying Manning a visa.

Meanwhile far-right grubs that spread racism, misogyny and hate are given the red-carpet treatment.

And if you're an au pair, serving the rich and powerful, the government will personally intervene to let you in.

We must oppose this attack on free-speech and demand Chelsea Manning be let into Australia.