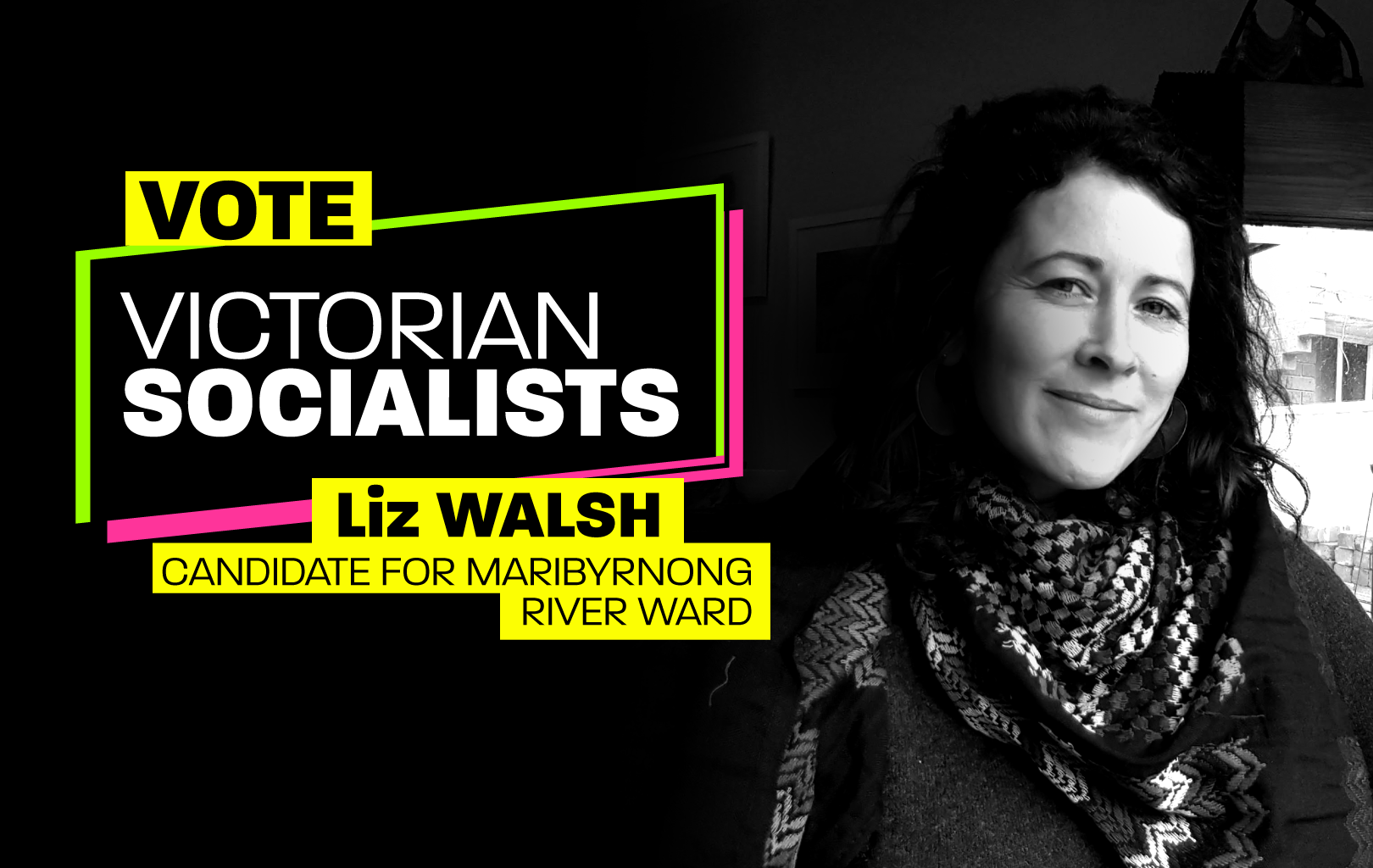 The Liberals represent everything that’s wrong in our society – they rule for the rich, use racism to try to divide us and are content to let the planet burn in the interests of fossil fuel companies.

It’s a good thing that the western suburbs have been a no-go zone for the Liberals for decades. The Victorian Socialists want to keep it that way.

But the Labor Party is sadly not much better.

They also privatise our services, subsidise polluting corporations and give public money to rich private schools when local state schools desperately need more support. Victoria still trails behind other states in the amount of public funding allocated to state schools per student.

Our mental health services also receive the lowest funding per person in the country. The problem is not lack of money – their priorities are wrong. The Andrew’s government has found billions to build more prisons and arm police with military-grade weapons.

Then there are the recent revelations of corrupt branch stacking carried out by Victorian ALP power-broker and Minister for Local Government, Adem Somyurek.

Tim Watts, a local Federal Labor MP, is reported to have been a close associate of Somyurek, relying on him for support. We need our local representatives to champion the interests of working class people in our area, not be beholden to factional king bpins in the ALP.

Maribyrnong council is run by the Labor Party and has been for decades. They take our votes for granted. People in Maribyrnong deserve better.

Defending public services and fighting for the rights of working class people in Maribyrnong is one of the reasons why I’ve decided to stand as the Victorian Socialists candidate for River Ward.

Last year, councillors voted to privatise council run in-home aged care services. This is disappointing given the aged care industry is riddled with private providers who cut corners on the quality of the service and on workers’ wages and conditions. The union representing aged care workers, the Australian Services Union, fought to stop privatisation. I will campaign to make aged care a public, council run service once again.

I am also committed to the fight to save open space and parkland. Last year, our local council planned to privatise large sections of Footscray Park. The Save Footscray Park campaign, led by locals, forced Maribyrnong councillors to abandon their plans. It was an inspiring example of the way collective action can make our representatives do the right thing

Our beautiful Stony Creek is still poisoned after the fire in 2018. How many more secret toxic waste dumps are lurking next to our schools, parks and homes? I will pressure the Environment Protection Authority to use its new powers to clean up our suburb.

People in the western suburbs rightfully feel proud of our working class and culturally diverse heritage. Workers from all over the world have made the Western suburbs home and laboured in the surrounding factories, warehouses and on the docks. But gentrification, particularly in Footscray and Yarraville, makes our suburbs increasingly out of reach.

We need local councillors who will fight for affordable housing so that everyone can live here, no matter your pay packet. I will campaign against rent and rate increases, demand greater rights for renters, and help organise local community defence for people facing evictions. I will also campaign to massively expand public housing.

I have been a refugee rights campaigner for the past 20 years. If elected, I will use my council platform to speak out against racism and I will work to ensure recent arrivals are provided with fully-funded services and support. I will give my support to the Black Lives Matter movement because systemic racism, including racist policing, is not just an American problem.

The climate emergency also needs to be a priority for all councillors. The bushfire crisis, which saw our suburbs blanketed with toxic smoke, made it clear that the climate catastrophe is already here. But the major parties continue to act like nothing’s wrong. At a state level, the Andrews government continues to log the remaining unburnt native forests.

In order to win real action on the climate, we will need to do more than ask our politicians nicely. We need to build a people’s movement. That’s why I have organised and chaired mass climate protests. Last year I worked alongside Extinction Rebellion, both its local Westside chapter and city wide networks and with the Climate Justice Alliance. Together with the School Strike 4 Climate marches, we helped make the climate disaster something everyone is talking about.

For most of my life I have worked in hospitality, in cafes and restaurants. I know both the comradery that comes with working in hospo but also the insecure contracts, low wages and lack of workplace rights.

The COVID-19 pandemic has hit young workers hard. We are either out of work or have tenuous employment. As a local councillor, I will campaign for the current rate of Jobseeker to be maintained. We can’t go back to poverty welfare of $40 a day. I will campaign for JobKeeper to be maintained and extended to casuals and temporary migrants. I will demand both federal and state governments institute pandemic leave, so that workers who need to self-isolate can do so without losing their job or facing financial hardship.