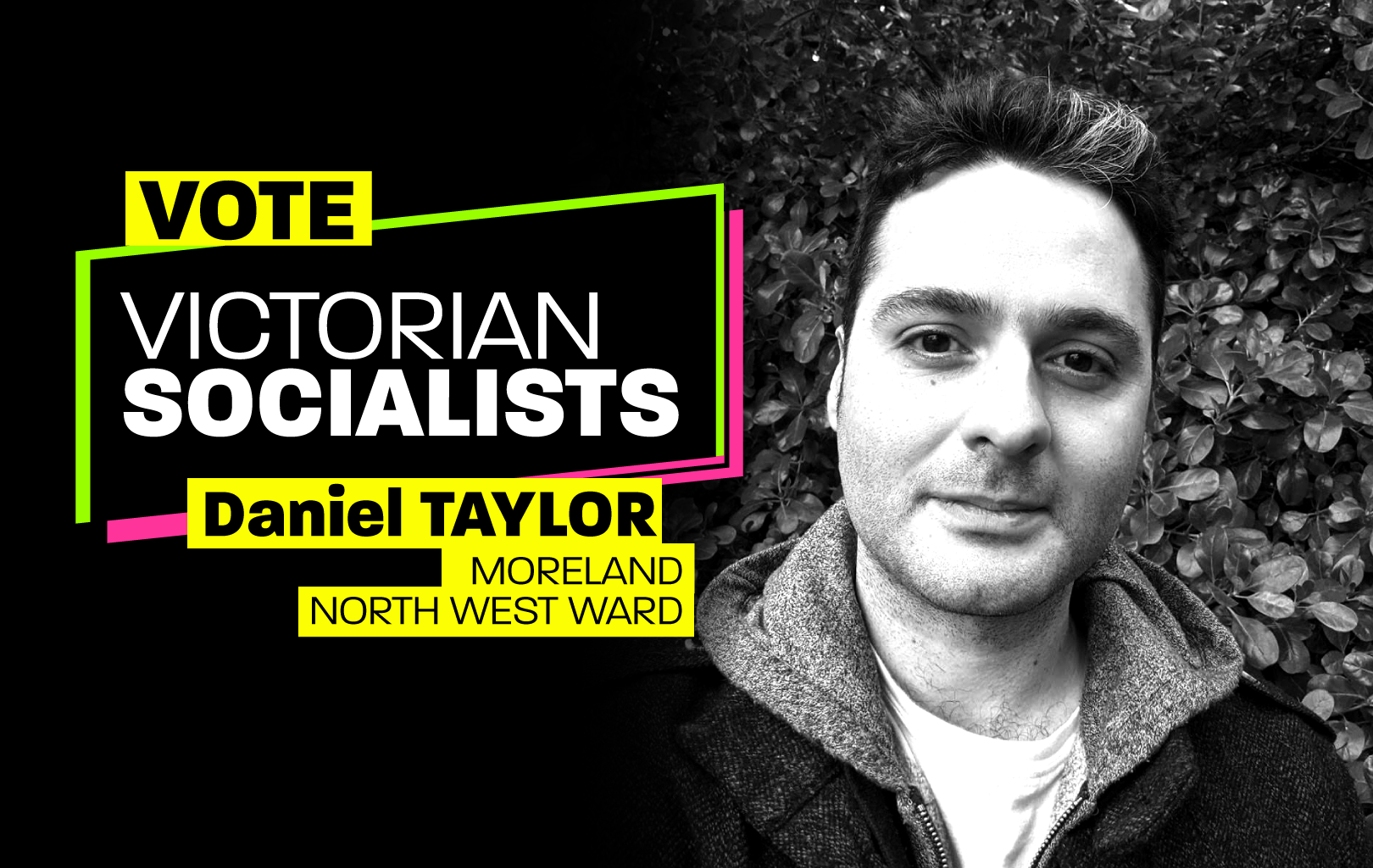 As a Victorian Socialists councillor for Moreland, I won’t take a single cent from corporations or property developers. Unlike major parties, I won’t take working-class residents for granted. Government neglect and free-market economics has led to high unemployment, underfunded services, and housing insecurity. That’s unacceptable. I’ll fight for working-class residents and take on powerful interests.

As a renter, I know how young residents fear being priced out of the area. Local governments are too close to property developers. That means both new arrivals and long-term residents are getting pushed out of the area through gentrification. We need to stand up stop that, and that means standing up to wealthy property developers and big business interests. I’ll challenge the state government to guarantee high-quality public housing, acting as an advocate and fighter for local residents.

As a Jewish anti-racist activist, standing up for the rights of Palestinians and against racist scapegoating is a passion of mine. I’ve organised protests and publicity campaigns in solidarity with Palestine, against racist scapegoating of Muslims and migrants. That means taking a stand even when it’s controversial. I know that if we stand together, we can challenge the powerful.

Unemployment in this area was already far too high before the coronavirus. Now the free-market economy is failing. We need urgent action to guarantee fair unemployment payments and to fight for secure employment without waiting for big corporations to step in. Mainstream parties don’t like talking about these ideas, but it’s what we need right now. No more privatisation: guaranteed jobs in publicly owned industries – providing things like free childcare, healthcare, clean energy, and housing for all.

Fighting against economic inequality. Running public services for people, not for profit. Challenging racism and scaepgoating. Decent welfare and housing for all. Standing up for working-class residents against powerful corporations and the mainstream politicians who serve them. That’s what I’ll do if elected to represent you on the Moreland council.