Labor government to give $400 m to private schools 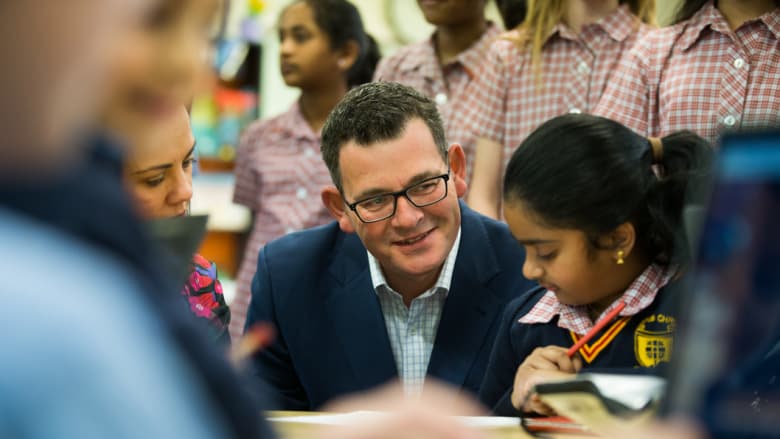 Today's announcement by the Andrews government, that they will pour $400 million into private schools, will only entrench already existing inequalities in the education system.

* No state funding of private schools.

* Increased funding would allow for more teachers to be employed in schools. This would reduce teacher workload and enable smaller class sizes and more classroom support for teachers and students. Teachers also need to be given more time to be able to work collaboratively to improve outcomes for students.

* Schools need to be fully funded so there is no need for “voluntary” contributions to run a school from year to year. Currently state schools in Victoria are allowed to charge “voluntary” levies/fees, which means that schools whose parents are able to pay more have more resources at their disposal. This disparity, together with the lowest per capita funding of education of any state, leads to Victoria having many “disadvantaged” schools, not merely “disadvantaged” students attending various schools.

* We need to abolish standardised testing such as NAPLAN which is primarily used to pit schools against each other and to attack teachers.

In the 1990s, Stephen Jolly led the fight to keep open Richmond Secondary College, one of the 350 schools closed by the Kennett government. A quarter of a century later, after an urban boom, we are yet to recover from that disaster.

As a community activist with a history of standing up for public schools, Stephen Jolly will be an advocate for parents, teachers and students in the public system.

Help us elect a socialist to parliament. Vote 1 Victorian Socialists.