On the picket line in Craigieburn 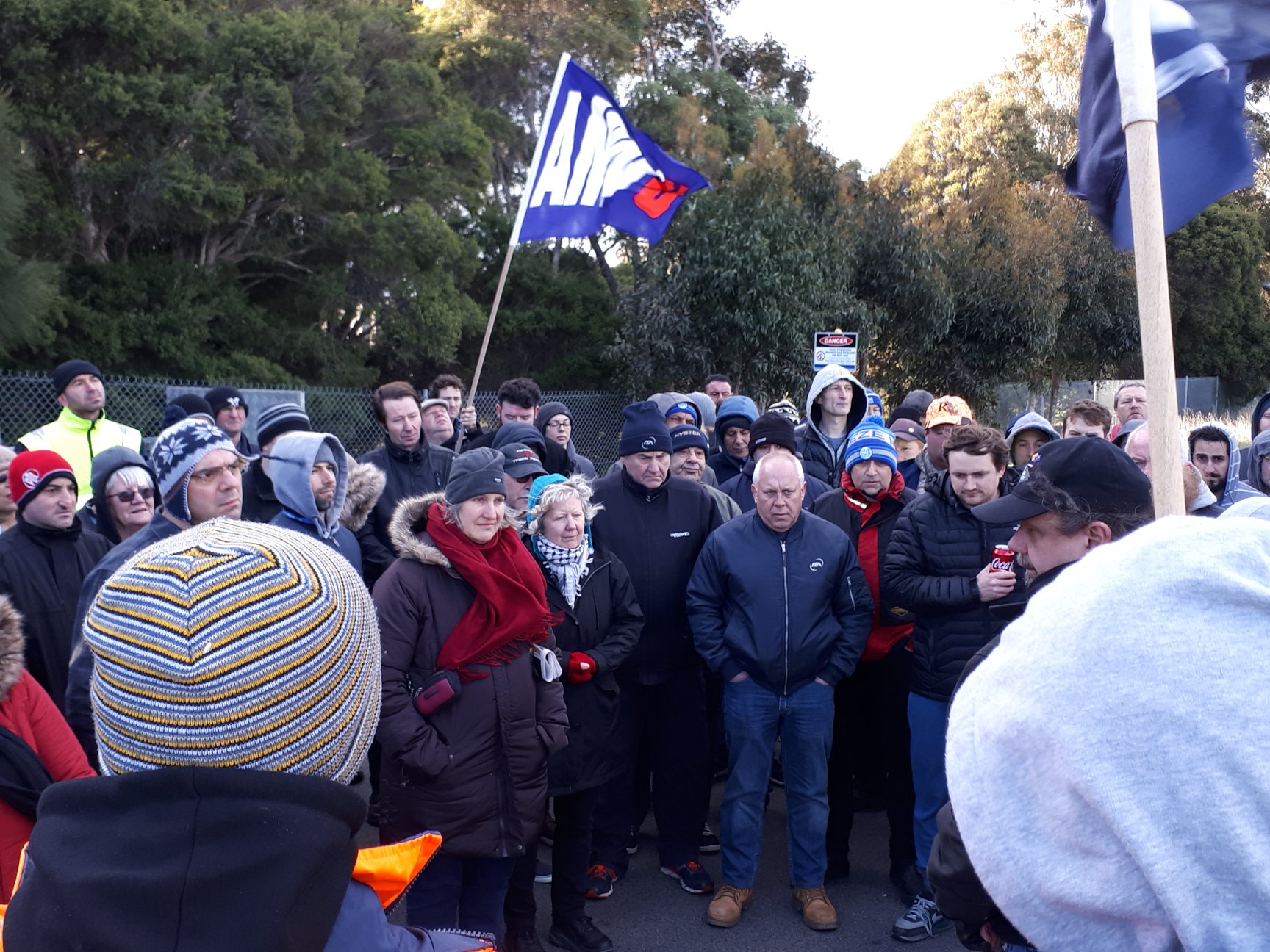 The workers who literally produce the cash are fighting to get a decent share of it. These workers produce every banknote made in Australia -- a record 346 million of them last year, with a dollar value in the billions. If there's one workplace in the country where the boss can't cry poor, this is it. And yet the company is offering only a 2.5% pay rise, barely ahead of inflation.

When the workers announced they were having a short stop work today to press their wage claim, the company decided to play "divide and conquer" by locking half the workers out for the entire day. The rest of the site -- members of the Finance Sector Union, the Electrical Trades Union, and the Australian Manufacturing Workers Union -- walked out in solidarity, shutting down the money factory for the day.

Victorian Socialists are proud to support this struggle of an important local workforce.