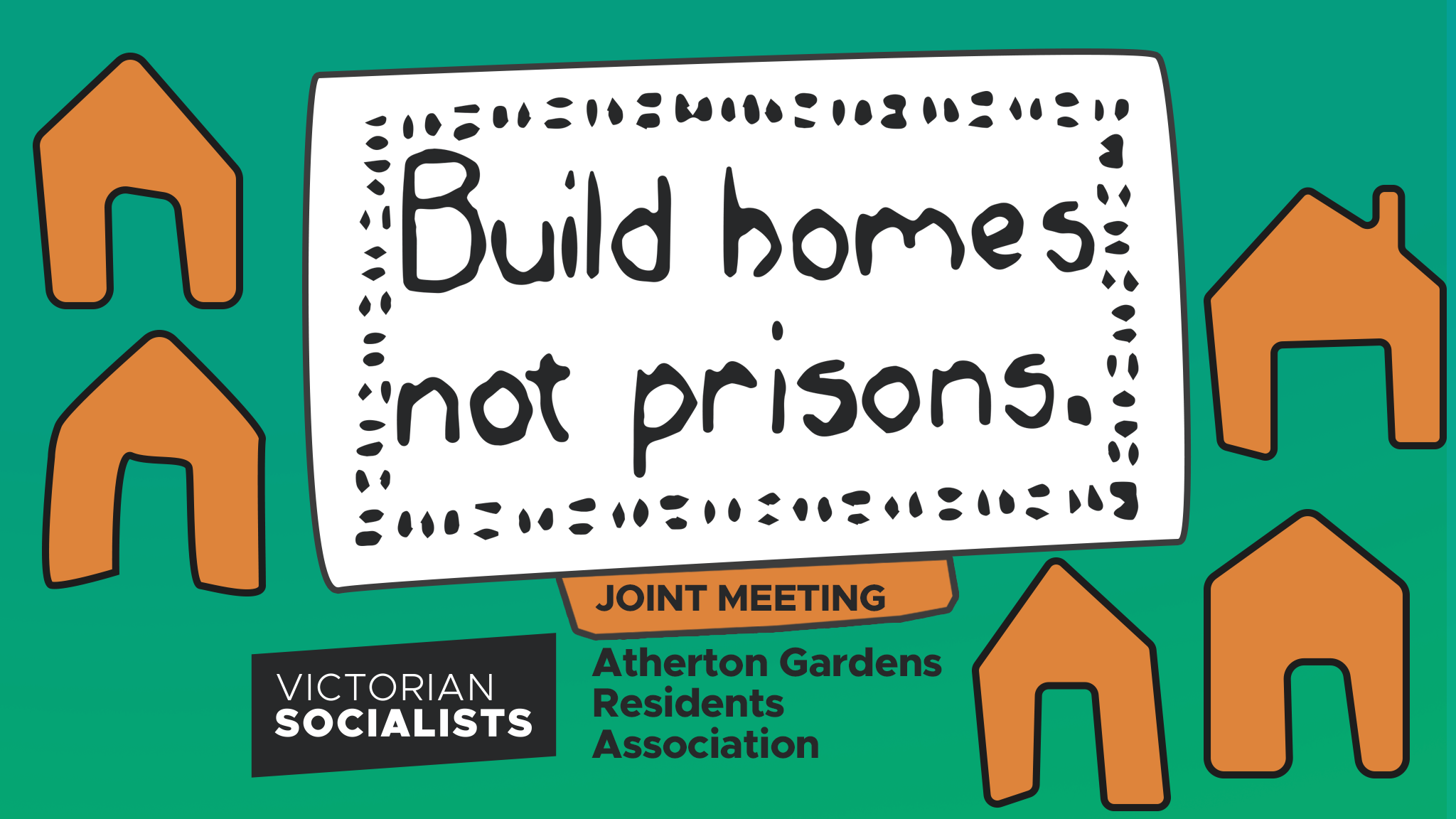 The meeting will be translated into Vietnamese, Dinka, Mandarin, Cantonese and Arabic.
-----

There is a housing crisis in this state. Rents are skyrocketing. Tens of thousands are on waiting lists for public housing. Homelessness is on the rise. Nothing is being done to address housing affordability. Worse than that, the Victorian government plans to demolish at least nine inner city public housing estates and hand them over to private property developers.

The government is flush with cash thanks to the property boom. Yet an historic opportunity to solve the housing crisis and make Victoria a better, fairer society is being wasted.

Instead it’s trying to outbid the Liberal opposition on law and order. $700 million is going to a new maximum security prison for one of the safest cities in the world. African communities have been demonised, indigenous rates of incarceration rates remain appallingly high, children have been subject to solitary confinement in adult prisons and police handed millions in new militarised weaponry.

The Victorian Socialists is starting a campaign for more not less public housing, a cap on rents in the private market, a limit on Airbnb, and mandating 25% low cost housing on all high rise developments. We are working with many other groups to win a housing policy that actually builds homes for people, not investors.

Housing is just a start. Putting community need first requires a massive investment in public transport, public education and social services which remain woefully underfunded. And in the fight for a fairer society, we need a unite against racism and the politics of fear.