Fix Public Transport in Melbourne: We are not Sardines! 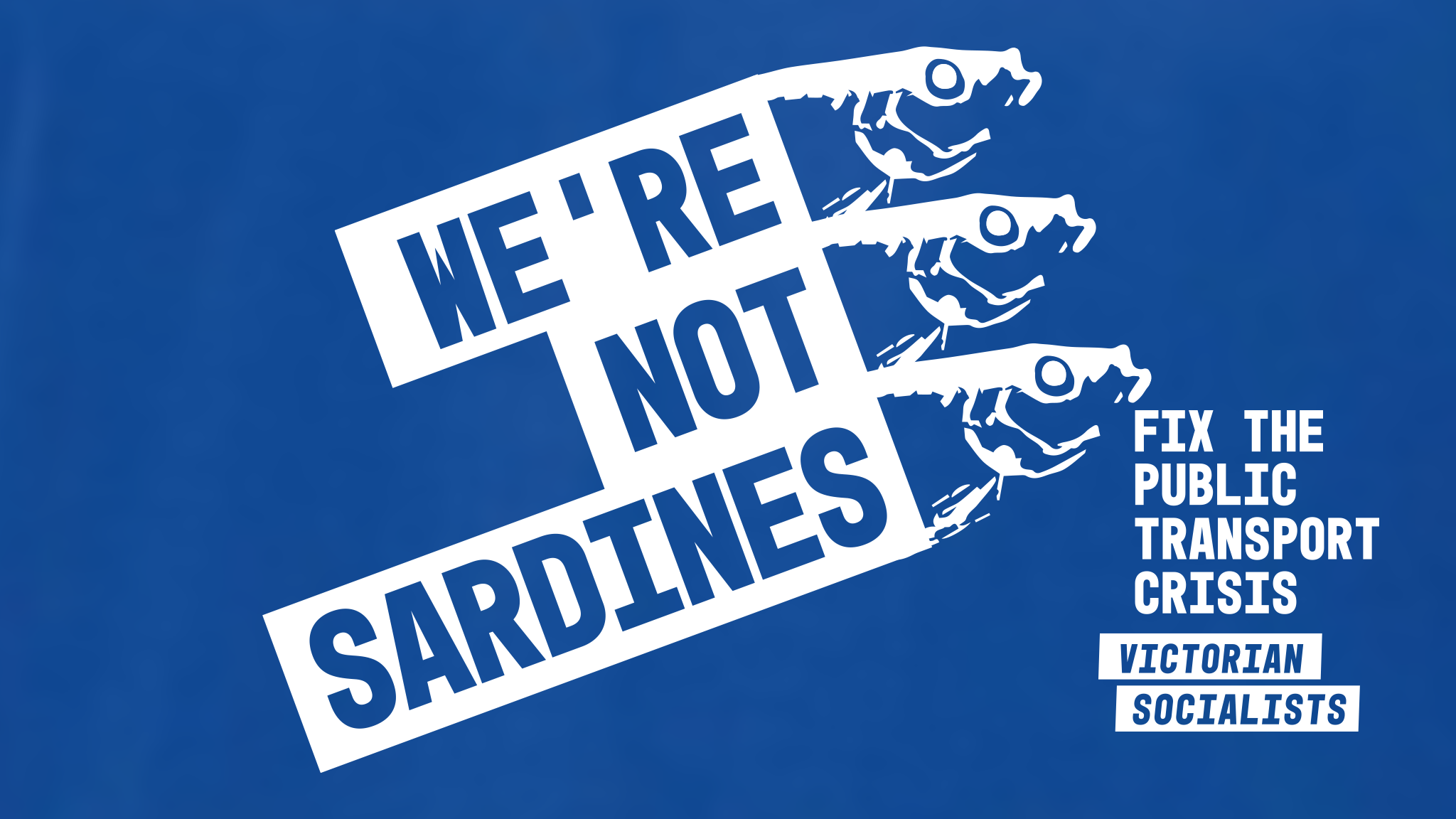 Join the Victorian Socialists' campaign to fix public transport in Melbourne. For the week starting July 9th we'll be leafleting at train stations all around northern Melbourne to promote the Victorian Socialists' public transport policies. We'll have stalls, fliers and even a couple of sardine-themed stunts for the brave. Full details of all times and places will be announced soon, get in touch if you are keen to help with organising.

Public transport in Melbourne has suffered from decades of underfunding. Trains and trams are overcrowded, buses are unreliable and the city is still growing fast. Metro Trains is a multinational corporation that is given $600 million annually to run Melbourne’s transport system. Metro makes tens of millions of dollars in profit every year which is paid to shareholders instead of being reinvested into public transport.

The solutions are simple.
1. Take public transport back into public hands. The government should stop subsidising Metro’s business and run public transport for people, not for profit.
2. Reinvest in public transport. A modern train signaling system would increase train line capacity and ease the extreme peak hour congestion on trains. We are calling for $1 billion to be reinvested into a better train, tram and bus system for all.
3. We need to fight for free public transport. The cost of running the Myki system isn’t worth it, and paying for an army of ticket inspectors to intimidate poor people is a disaster for public life.
4. We need reliable and frequent transport. We support ten minute all-day and five minute peak hour trains on all northern lines. Trams on northern lines should be taken up to 2 and 3 minute frequency in peak hour, and 5-6 mins all day. Bus services should run every ten minutes, all day with direct routes that connect to rail stations and times. All bus services should provide night time and weekend service.