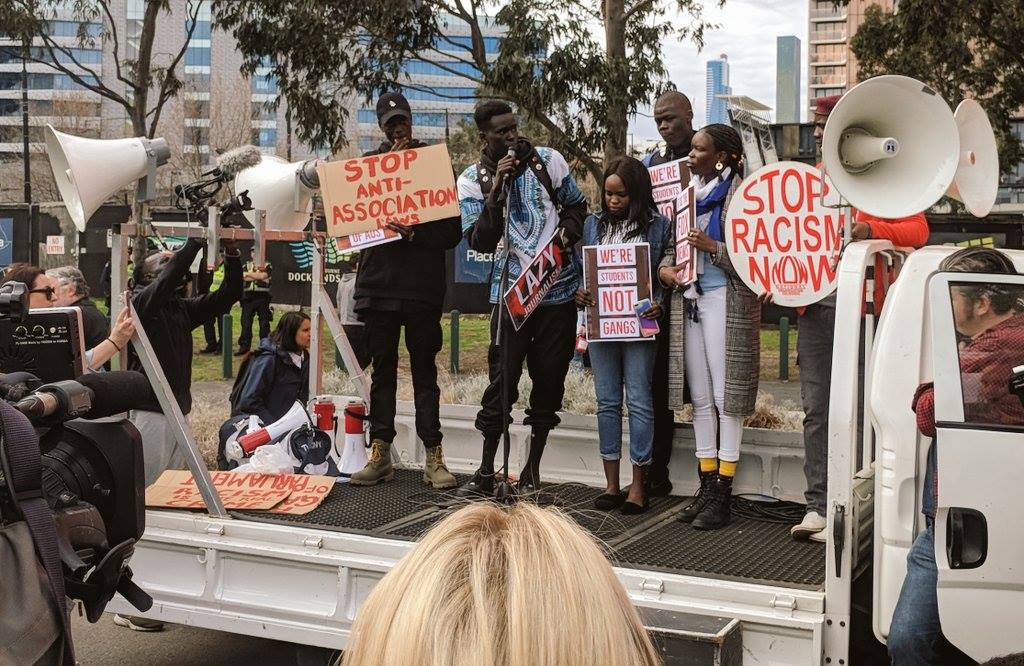 500 people took a stand today in solidarity with the Sudanese and all African communities. We gathered in front of the Channel 7 HQ to oppose the racist depiction of the Sudanese community by mainstream media and to denounce the racist law and order hysteria from both sides of mainstream politics.

With the Victorian ALP government introducing draconian anti-association laws that further the demonisation of African communities it's essential that we build a political alternative that stands up for migrant communities and basic democratic rights.

The Victorian Socialists are proud to stand in solidarity with African communities. We call on the government to scrap all anti-association laws. To tackle racial profiling and police violence, we call for a truly independent and adequately funded body to investigate complaints against the police.

Racism of course is a tool used by those with political and economic power in our society to divide and distract us and to particularly oppress a section of our society. To end racism for good we need to oppose the system that breeds racism.