Article in the Whittlesea Leader

South Morang could become home to Victoria's main recycling plant under a new proposal from the Victorian Socialists.
The party is making a run at the Victorian Upper House in the Northern Metropolitan region and has earmarked Whittlesea as an area in dire need of public services and infrastructure.

The Socialists are confident they can snare at least one upper house seat with Mr Jolly, the lead candidate, most likely to be elected.
Mr Jolly said the Socialists had a number of ideas for Whittlesea, including a major recycling plant which would serve the entire state.
"The recent China decision to cease taking Australia's recycling has led to chaos for councils," Mr Jolly said. "The only long-term solution is for a recycling facility to be built in Melbourne, which could also have benefit of new jobs and apprenticeships."

Mr Jolly said he envisioned the plant could be a hub for apprenticeships and South Morang would be "an ideal location".

"The plant will bring hundreds of jobs as well as provide recycling relief for Victorian households," Mr Jolly said. "I plan to work with politicians and experts on specifics such as size, cost and location."

Whittlesea Council city transport and presentation director Nick Mann said the council "would work with future governments on this proposal."

"We would support any proposal that would increase opportunities for the community to recycle waste," he said. "(The council) identified that 15 per cent of garbage could be reprocessed and valuable materials recovered for re-use rather than sent landfill."
The Socialists also have a plan to boost public transport through a fast bus network. 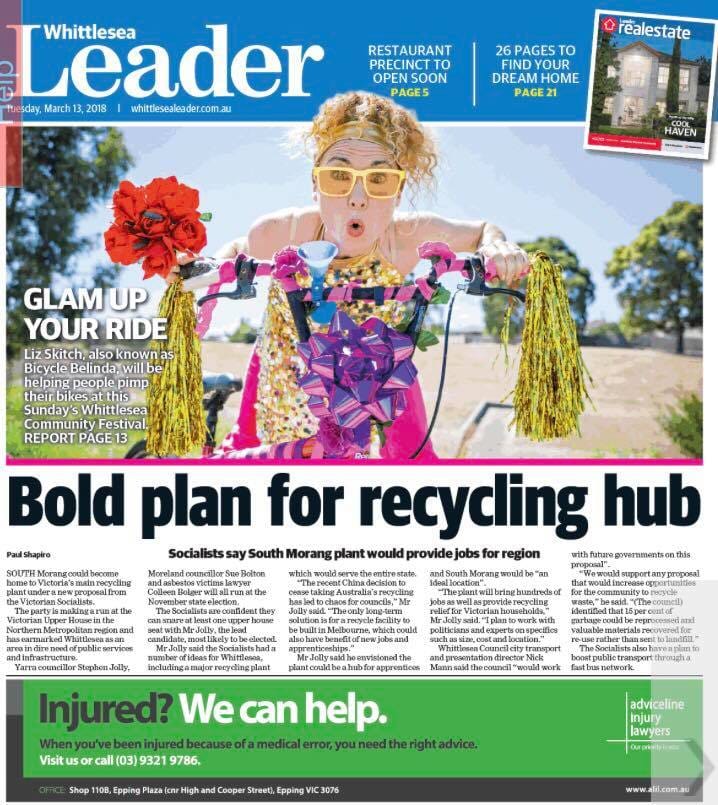