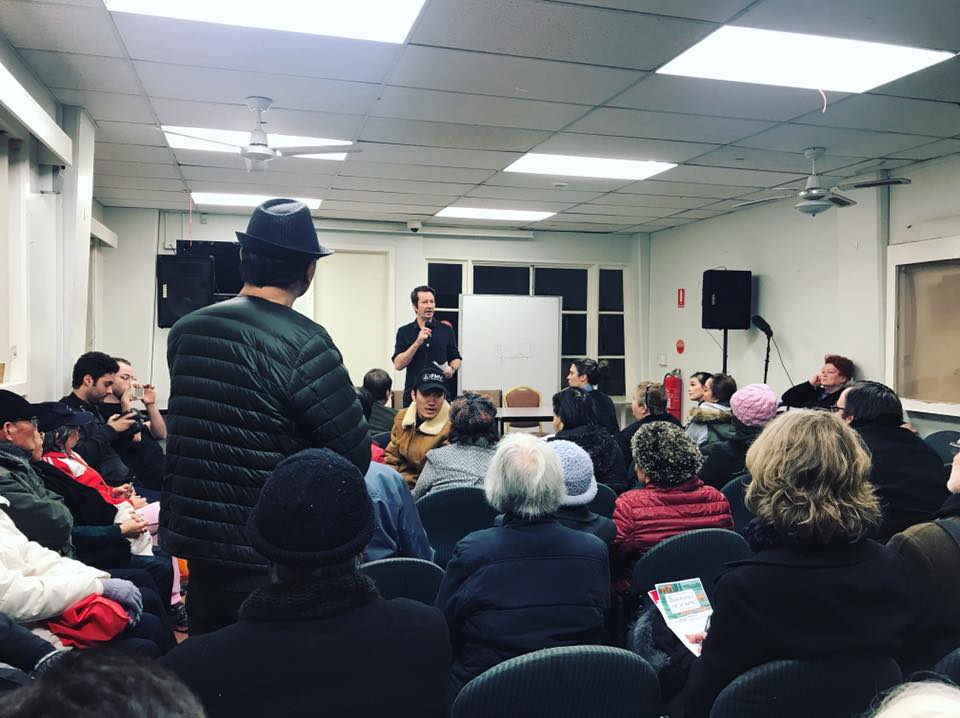 150 people crammed into Atherton Gardens Community Hall on a cold Wednesday night to discuss the need to "Build Homes Not Prisons."

Residents spoke about the oppressive conditions on the estate, the broken lifts in the high rises, the minimal car-parking space after the government built on their carpark, locked doors to the laundry making the basics of day-to-day living extremely difficult, all highlighting the lack of funding in public housing and lack of respect for public housing residents.

Victorian Socialists candidate Stephen Jolly and Meghan Fitzgerald from Smart Justice and Fitzroy Legal Centre spoke about the broader housing crisis in the state, the privatisation of inner city public housing estates, the out-of-control rent increases for private renters, the rise in homelessness and rough sleeping and drew this together with the way the law and order hysteria and the criminalising of migrant communities, are used to distract us from the failures of government to deliver for ordinary people.

We need a socialist in parliament to champion the interests of ordinary people in the face of the indifference, and all too often down right hostility, of government as well as the greed of private property developers.

Thanks to everyone who attended and to the interpreters who helped make the event so participatory. A big thank you especially to the Atherton Gardens residents who helped to host the forum and worked hard through-out the day to prepare food for the event.