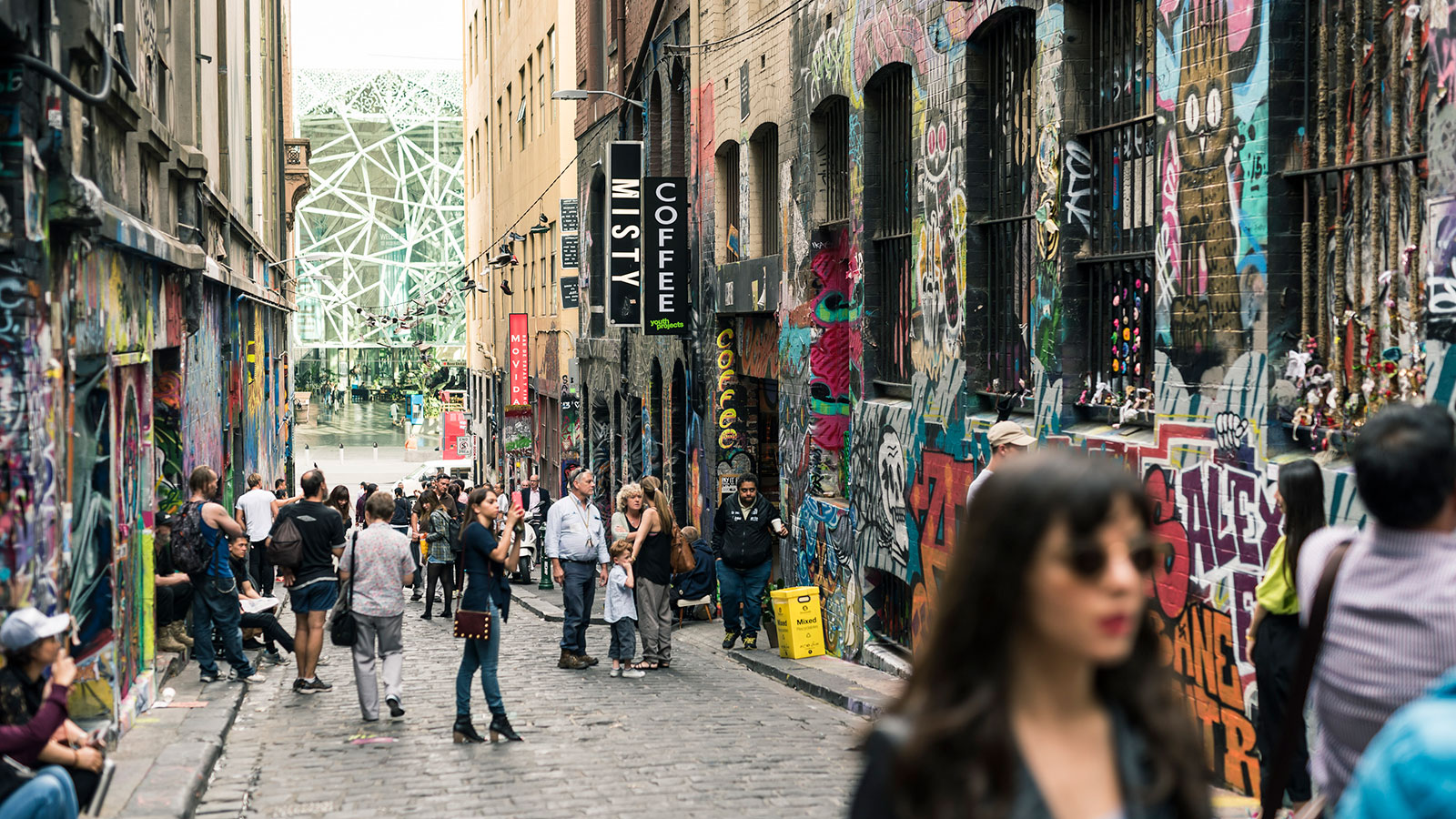 Street art in Hosier Lane is under attack.

A bit of background:

Hosier Lane has hosted a dynamic street art scene for years. First it was youth outreach services in the area that encouraged graffiti and stencils, then it became famous for it.

Initially, the Bracks government scrubbed and arrested street artists but eventually caught on and began flogging Hosier Lane art to the world.

Culture Kings, corporate retailer of swag merch and bling, has recently opened shop in the old Russell Street theatre, which backs on to Hosier Lane.

One laneway entrance for mass-produced swag - complete with commissioned, rather boring piece - would be barely tolerable.

But having availed itself of laneway chic, Culture Kings want to shut it down, calling for the arrest and charging of anyone doing street art near their shop. The Melbourne City Council, weak as piss, has acquiesced.

Everything you need to know about the neoliberal city is in this one encounter.

Let's send a message to Culture Kings and the Melbourne City Council that we want stand for this corporate takeover.