Scott Morrison must be resisted 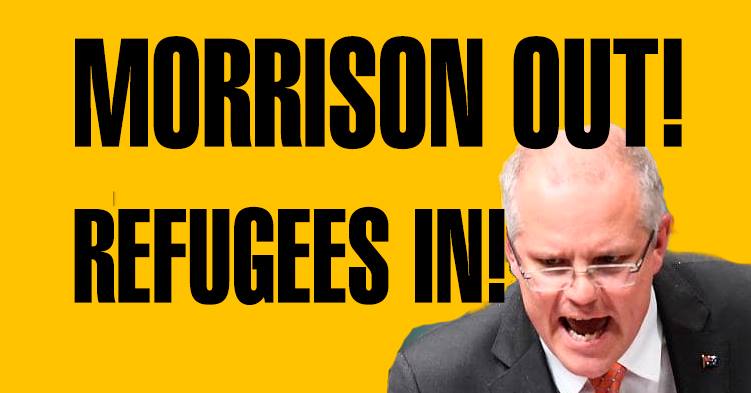 This just highlights how rotten the entire Liberal Party, the party of the rich and powerful, is.

As the former Immigration Minister, Morrison has his hands covered in the blood of the refugees he's tortured in offshore detention camps.

Morrison was the Immigration Minister when Reza Berati was murdered. He then proceeded to tell lies about the circumstances of his death.

As Treasurer, he has championed massive corporate tax cuts for the rich and the slashing of welfare and public services like Medicare. Not to mention the attacks on our trade unions.

And as a right-wing Christian fundamentalist he's pushed a reactionary social agenda, especially when its comes to the rights of the LGBTIQ community. This racist is also a fan of Trump's Muslim ban.

That Morrison is painted as a 'moderate' in comparison to Dutton, with liberals rallying around this arch-reactionary as an alternative to that proto-fascist, is testament to the scary direction mainstream politics is headed in Australia and globally.
.
We need to build up a socialist force in Australian politics that can put forward a principled opposition to his anti-working class and racist agenda.

We also urge our supporters to attend the protest called by the Refugee Action Collective on Sunday August 26th, 2pm at the State Library.