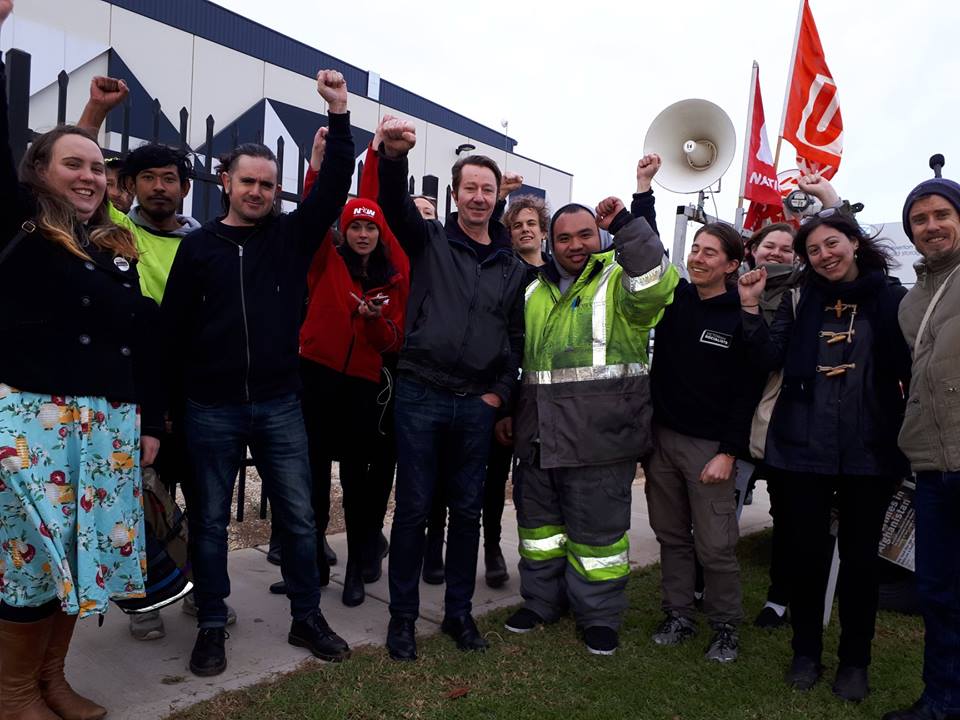 Since Victorian Socialists launched a couple of months ago our lead candidate, Stephen Jolly, has addressed striking workers at Laverton Cold Storage (pictured) and at Merri Community Health. Tomorrow he will attend a strike of printing workers at The Mint, 1/9 Potter St, Craigieburn who are fighting for a decent EA.

Stephen has also spoken to meetings of the Maritime Union of Australia, the Meatworkers’ Union, and the executive of Victorian Trades Hall Council. We’ve had an impressive $50,000 donation from the Electrical Trades Union, and donations from the National Union of Workers, the United Firefighters Union and the Victorian Allied Health Professionals Association.

In the leadup to the November 24 state election, we want to increase our engagement with workers and unions. The next step is the launch of our campaign manifesto, at Brunswick Town Hall on Friday August 24 (fb event below).

Anyone who wants to see a socialist shake up Victorian politics – or who wants to find out more about the project – should come along to the launch. Bring your fellow workers and union comrades. Message the Victorian Socialists facebook page if you want some leaflets, or to discuss how we can engage with your union and workplace.

In November we have a real chance of getting an open socialist, to the left of Labor, elected to a parliament in this country – which would be the first time in many decades this has happened. Stephen’s track record as a socialist on Yarra council demonstrates that he’ll use this position to further all of our struggles.