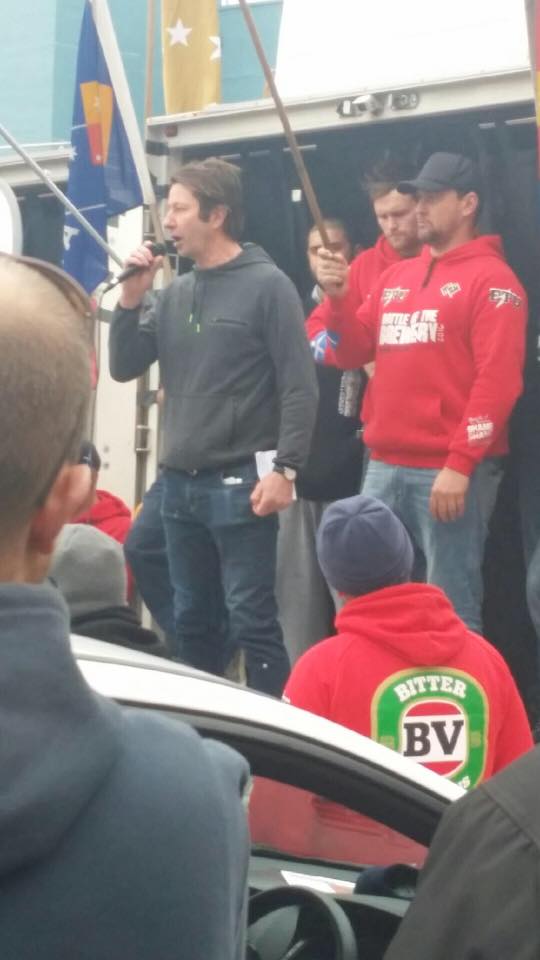 Two years ago to the day our candidate Stephen Jolly whose a CFMEU member & construction worker was addressing a union rally at the CUB picket in Abbotsford. The site was 200 metres down the road from his construction site where the union had raised loads of money for the dispute. The determined struggle of the CUB 55 and the wider union movement led to an important victory for our side over greedy bosses. We need people like Stephen Jolly in parliament who are fighters for workers' rights.