Guess who sits atop this Transurban corporate vulture? 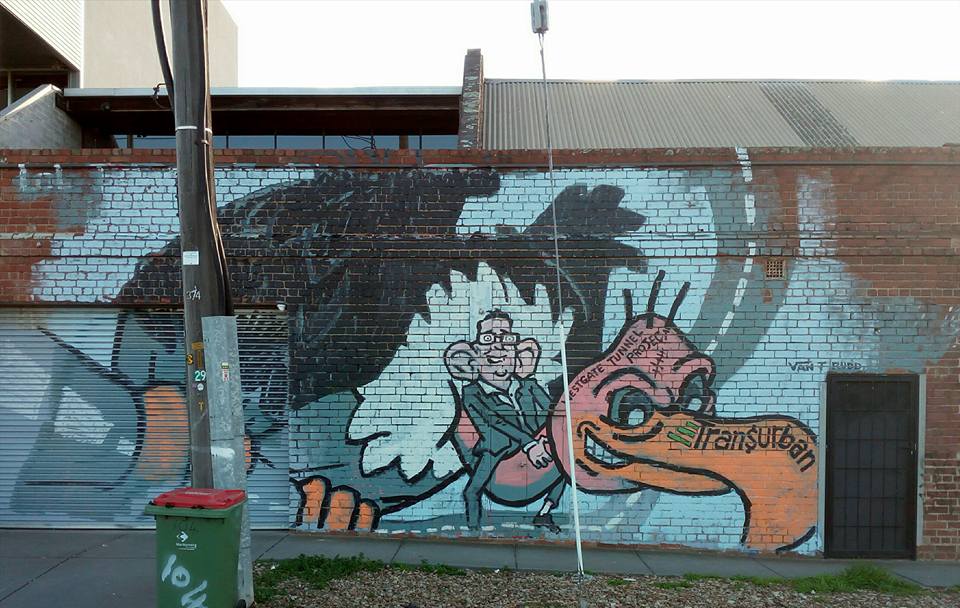 Guess who sits atop this Transurban corporate vulture?

Proud Victorian Socialists member and political artist Van T Rudd has smashed out this large #stopthewestgatetunnel mural on a wall at 104 Maribyrnong Rd, Footscray. The wall actually sits metres away from where the Victorian State Government's $6.7 billion dollar project will be situated.

"350 properties in the area are at risk of being damaged and traffic won't be freed up. It's just a mega profit grab by a large corporation while public transport and public housing suffers", says Van.

As part of the government's deal with Transurban, which is tipping in $4 billion to build the project, the government is planning to alllow Transurban to reep in billions more in profit until 2045 by extending their CityLink tolling contract.

A #stopthewestgatetunnel campaign has been building in the west.