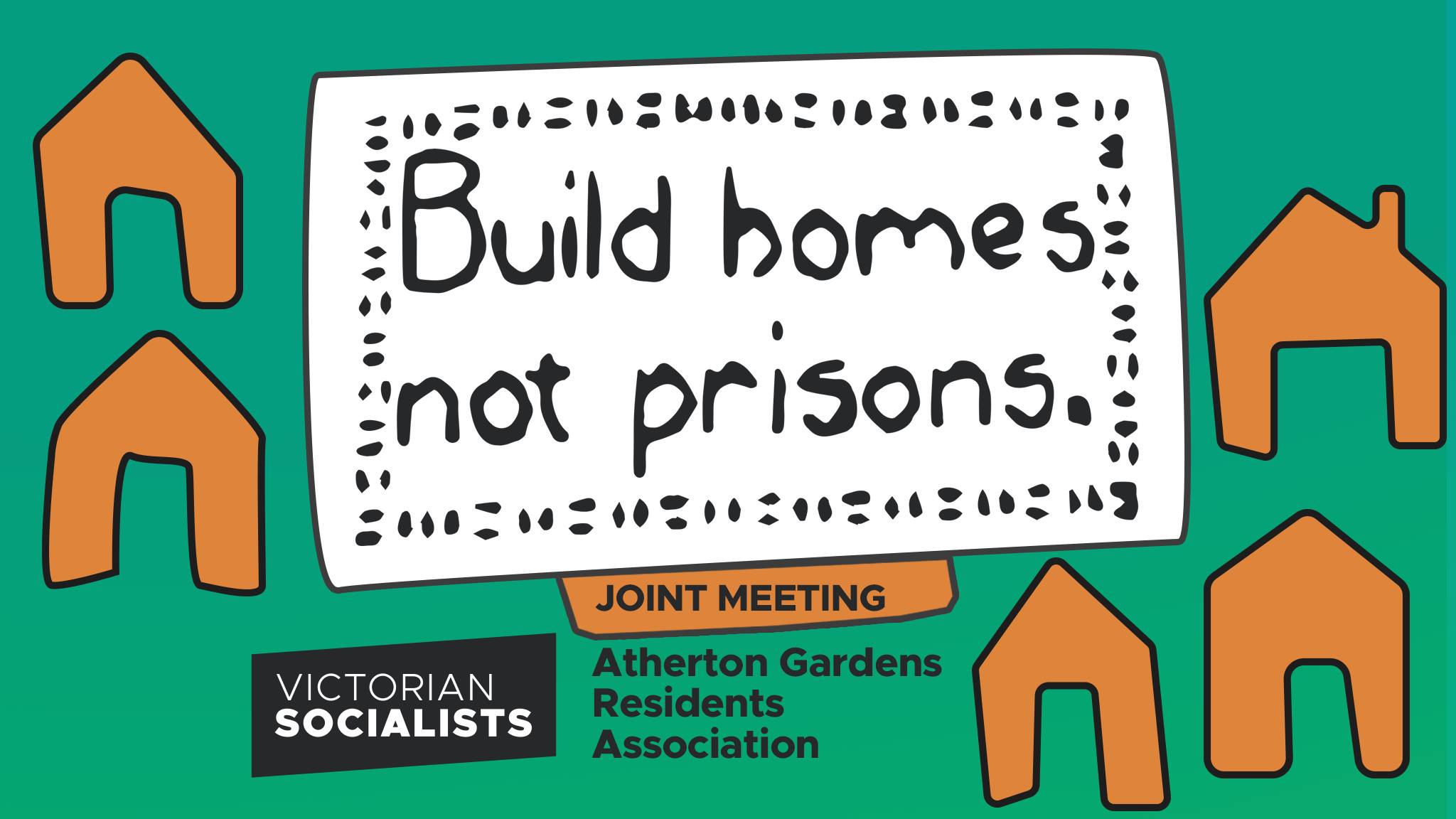 The racist law and order campaign is being driven by the Liberals and mainstream press. The Labor party are either silent on the racist scapegoating or fall over themselves to compete with the Liberals over who can be the toughest on crime, despite Melbourne being one of the safest cities in the world.

African communities are being demonised and scapegoated because this suits the politicians. It means the real social problems in society - the crisis of affordable housing, inadequate public transport, poor conditions and wages for workers, the growing inequality - are pushed into the background so that no-one points their finger at the politicians for ruling in the interests of big business instead of community need.

Let's not drink the cool-aid. In solidarity and unity there is strength. Join us tonight at 6pm for the Build Homes Not Prisons | Public Meeting