VS West BBQ Catch Up 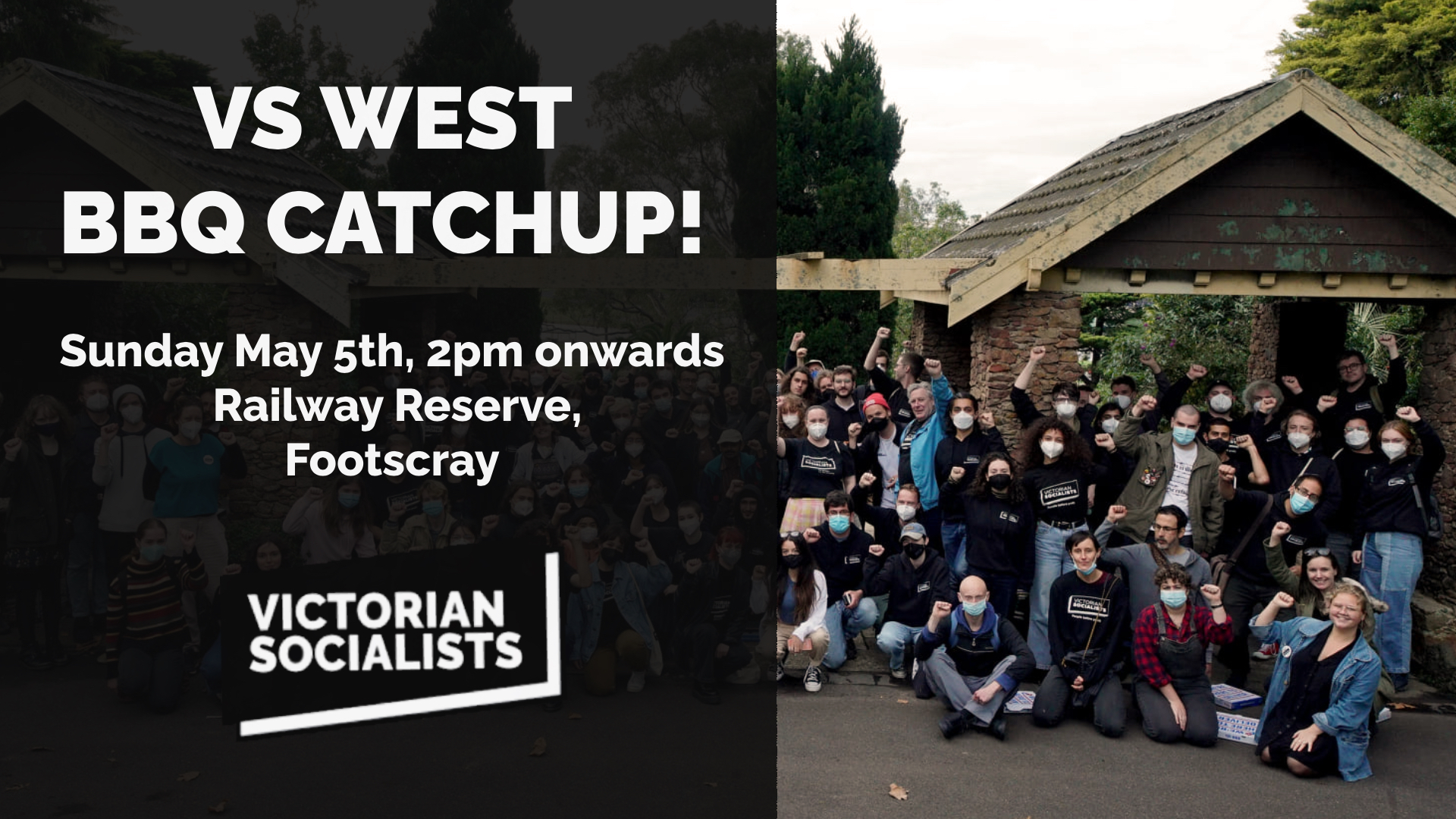 The Victorian Socialists are inviting all Western Suburbs supporters, members and volunteers from the electorates of Fraser, Gellibrand, Gorton, Hawke and Lalor to get together over a bbq and drinks.

Join us in celebrating our first mammoth federal campaign in Melbourne's West:

Whether you were one of the 700 people who staffed polling booths for us on election day, one of the people who knocked on tens of thousands of doors or stuffed half a million letter boxes, one of the hundreds who displayed a yard sign or one of 3,000+ people who voted for Victorian Socialists we’d love to see you there!

This will be a nice opportunity to unwind a bit, meet other leftists from your community and begin to prepare ourselves for the state election in November. The election for which we have set our most ambitious goal yet - to get a socialist elected to Victoria’s upper house.